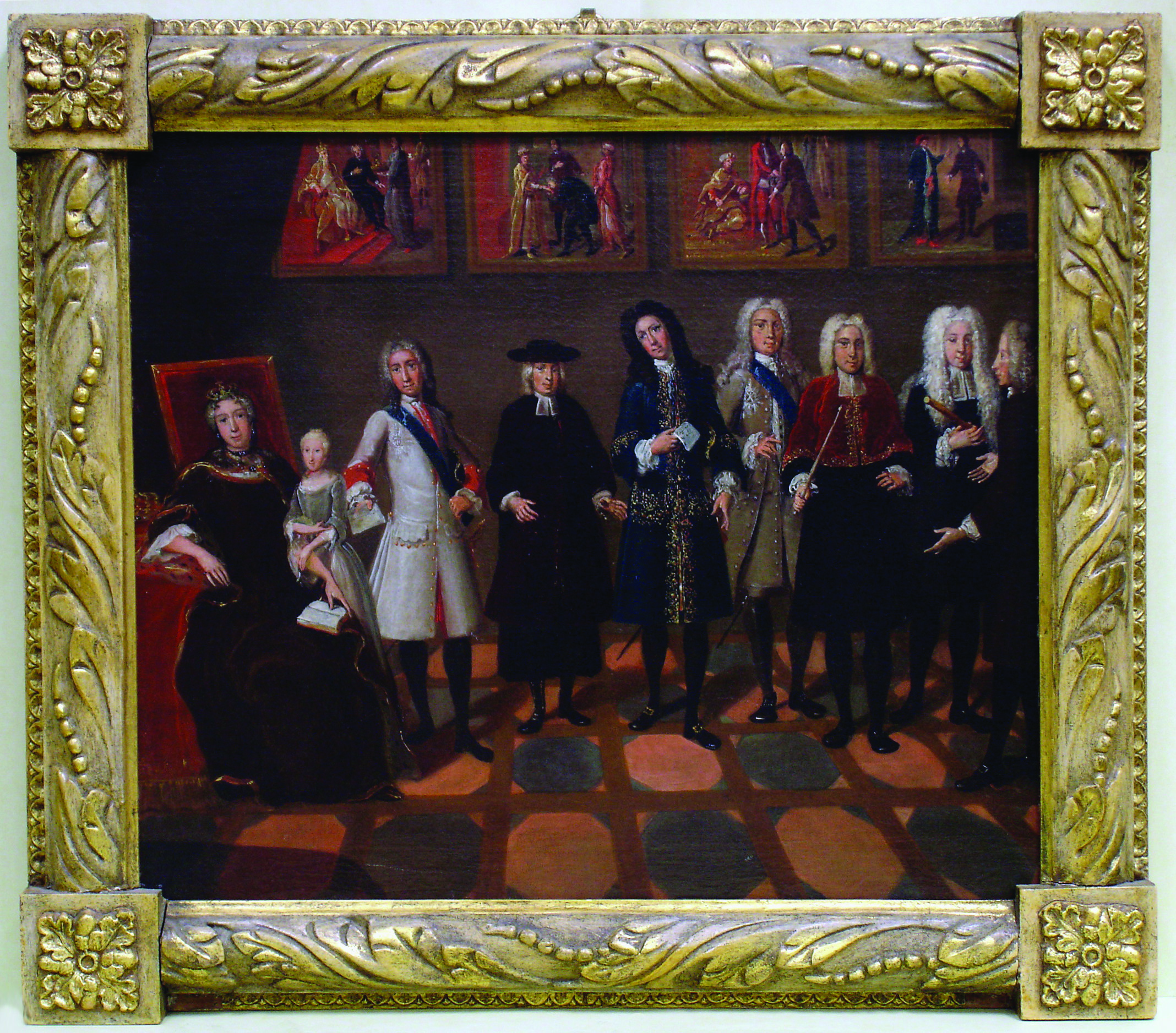 Created in the mid 18th century, this oil painting, attributed to Johann Valentin Haidt (1700 – 1780), illustrates a major event in the history of the Moravian Church: their recognition as a Protestant denomination by the parliament of Great Britain in 1749.

In 1737 Count Nicolaus Ludwig von Zinzendorf visited London and while there founded a small organization of Germans which by 1742 had become the first Moravian congregation in Great Britain and the denomination slowly grew over time both in Great Britain and in its colonies. Unfortunately the Church often faced resistance and at times harassment from the British government, generally due to accusations that the Moravian’s unwillingness to swear oaths of allegiance or take up arms meant they were disloyal and untrustworthy or were secretly backing rebellious groups, coming to it’s head with Moravian homes and chapels in Yorkshire being searched after they were accused of hiding weapons for Charles Edward Stuart (also known as Bonnie Prince Charlie) during his attempt to seize the throne in the mid 1740s. Meanwhile in 1744 the government in the colony of New York passed a bill making it illegal to preach without taking an oath of allegiance and obtaining a license, singling out Moravians and Catholics. These events prompted Zinzendorf and the Moravians in England to begin lobbying Parliament to officially recognize the Moravian Church and grant them protection under the law. In this effort they were assisted by Thomas Penn, son of Pennsylvania’s founder William Penn, and General James Ogelthorpe, a member of parliament and founder of Georgia, both of whom had dealt with the Moravians and thought well of them. While they faced opposition from people who continued to maintain that the Moravians were disloyal, if not traitors, the efforts ultimately bore fruit and on June 24, 1749 the Moravian Church was officially recognized as an ancient Protestant Episcopal Church entitled to protection and freedom under the law. While this would lead to new issues in time, notably leading to some accusations that the Moravians in the American colonies were loyal to Great Britain during and after the Revolutionary War, there is no doubt that it was a major development that facilitated the growth and expansion of the Moravian Church.

The painting itself is believed to be the work of Johann Valentin Haidt, an artist born in Danzig (today’s Gdańsk, Poland), who had joined the Moravian Church while working as a goldsmith in London and later traveled to Bethlehem, PA. as an official painter for the church. It portrays nine people involved in the event, from left to right they are Augusta, the Princess of Wales, Esther Grünbeck, General James Oglethorpe , Thomas Penn, Abraham von Gersdorf, an unnamed Scottish man, an Anglican bishop, Lord Chancellor Phillip Yorke, and Henry Cossart (an agent of Zinzendorf). Hanging above them are four miniatures, essentially paintings within the painting, three portraying Arvid Gradin visiting a Patriarch of the Orthodox Church in Constantinople in a less successful attempt to gain recognition for the Moravian Church and one of a meeting between Zinzendorf and a Persian man named Thomas Mamucha.