The Moravian Archives is open by Appointment Only Learn More

In light of COVID-19, the Moravian Archives has adopted new policies and procedures to be followed by all visitors to the archives. These policies are viewable here,  COVID_19_2.0_reopening 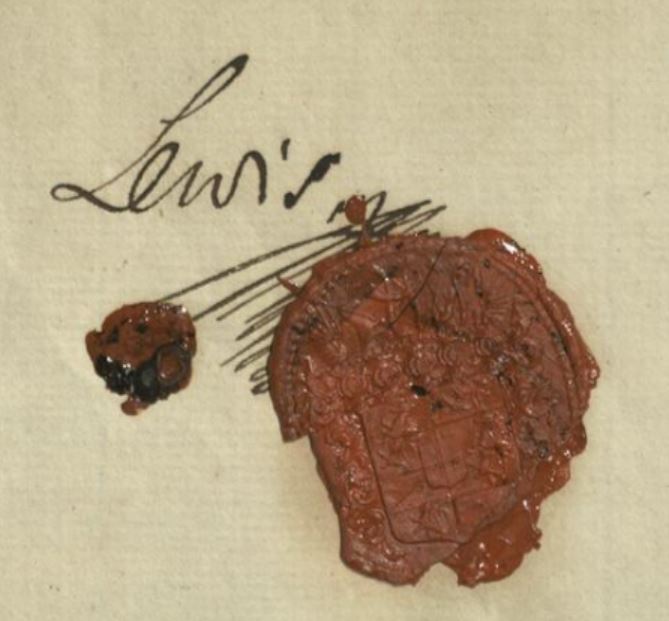 As this week marks the 320th birthday of Count Nicolaus Ludwig von Zinzendorf, a central figure in the birth of the renewed Moravian Church, it seems appropriate to look briefly at his life and several samples of his writing.

Born in Dresden, Germany, on May 26th, 1700 to a noble family, Zinzendorf had a strong interest in religion from an early age. He invited a number of persecuted Christians from Bohemia and Moravia (in the modern-day Czech Republic) to live on his lands where they founded the village of Herrnhut, though the community was rife with religious conflicts which prompted Zinzendorf to live in the village himself, where he and many of the other inhabitants came together to create a new model of a Christian community, which coupled with the influence of the teachings of earlier reformers such as Jan Hus, would form the foundation of the Moravian church. A strong believer in evangelism, Zinzendorf encouraged Moravian missionaries and the establishment of Moravian settlements throughout the world before his death in 1760.

This note from 1742 was intended for inclusion in a gazette and concerns Zinzendorf’s support for and defense of itinerant Moravian preachers, a practice that often prompted criticism, perhaps most notably in the form of a 1744 decision by the government of New York to ban all such ministers. In it he acknowledges itinerant preaching would benefit from more oversight than it received at the time, stating, “It is indisputable that itinerant preaching ought to be in a better regulation then now” but goes on to defend the practice, saying that it is in line with the Bible and specifically the book of Hebrews and expresses sorrow “…that the walkings of the Apostle of the Lamb have undertaken, are to be compared with Don Quixot[e]s journey” This neatly shows both Zinzendorf’s belief in a more more personal form of Christianity in opposition to the more formal and strictly organized denominations and that he was likely well read, reflecting his aristocratic background.

Another document, this time a letter Zinzendorf sent to the Moravian Church in Europe in 1743 while he was traveling in North America, sheds light on his emphasis on evangelism and dealings with Native Americans in Pennsylvania. He describes an early meetings, stating “…I met the great Ambassade of the five Nations of the Irokois [sic]. I stopp’d them in their journey & sent them word by Conrad Weiser that I had the Word of the Lord on them & their nations.” It eventually goes on to request permission to preach to them. He writes that ambassadors from the Onandaga peoples (Onöñda’gaga’) returned and said in part “Come to us, thou and thy Br[e]th[re]n thou shalt be heartily welcome to us…”

For a further look at Count Nicolaus Ludwig von Zinzendorf and his travels please look forward to our upcoming exhibit, Zinzendorf in America, which will open at the Moravian Archives, Bethlehem, later this year (opening date TBD). The Zinzendorf Papers are amongst the many items that have been digitized and made available in our online finding aid. A complete listing of digital resources (both digitized collections and translations) is available at.
https://www.moravianchurcharchives.org/research/digital-resources/.