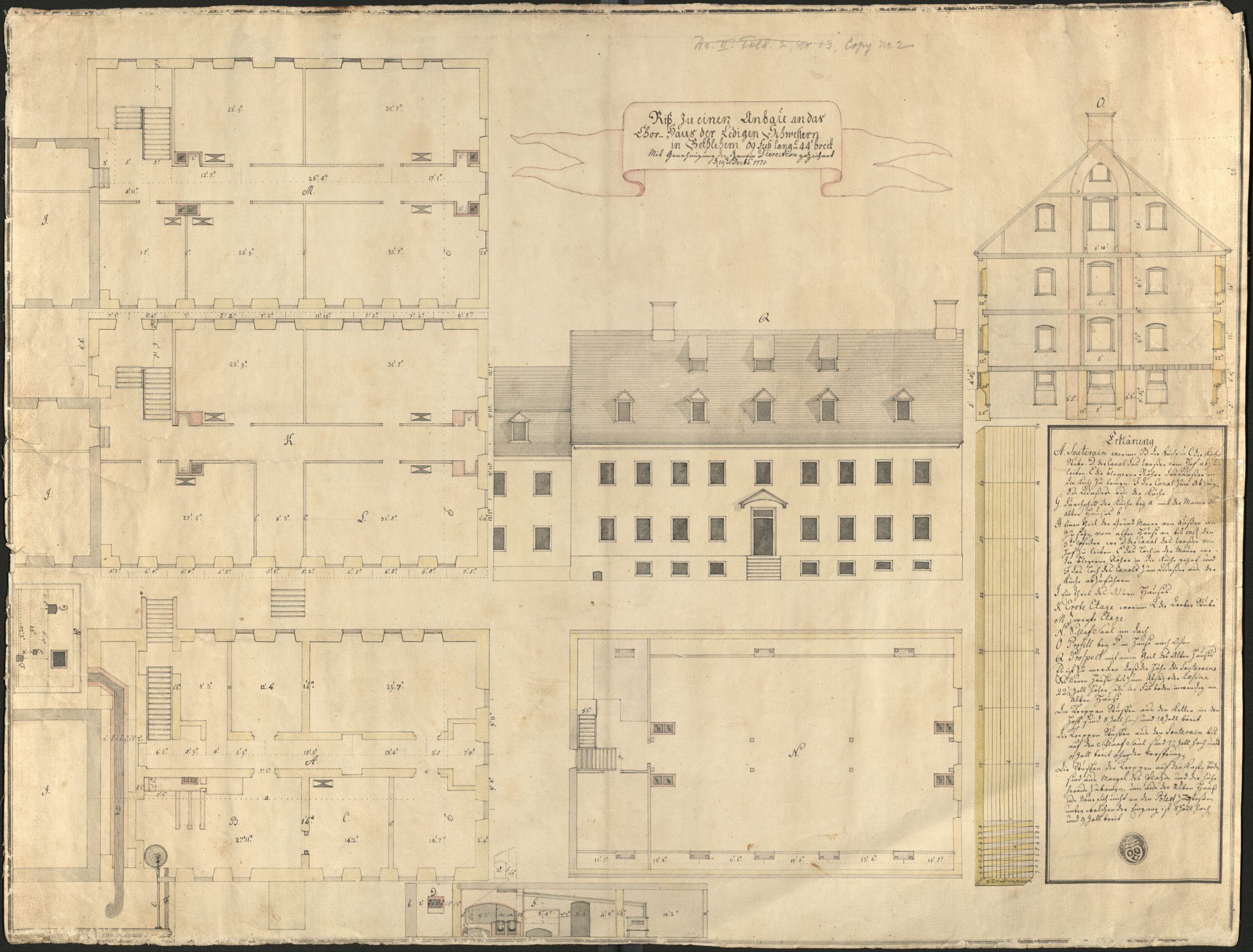 In the early years of the Moravian church, members were divided into groups known as “choirs” according to their age, gender, and marital status, with members of each choir  typically living together and caring for one another’s spiritual and physical well-being. Accordingly, in 1744 in Bethlehem, Pennsylvania a building was constructed by the town’s Moravian founders to house the Single Brothers’ Choir. As the community grew, it soon became clear that a larger building was needed and at the request of Anna Nitschmann the community’s leaders decided that the Single Sisters’ Choir would begin using this building once the new Single Brothers’ House was completed in 1748. In the following years the building would be expanded twice to better suit its new residents; an annex containing a dining hall and more housing was added in 1752, and in 1772 another addition added a new kitchen and dining area. An uncommon occurrence for the time period, the latter addition was designed and its construction overseen by a woman, Eleanora Elisabeth von Seidliz (1724-1789), the Vorsteher (overseer) of the Single Sisters’ Choir. According to a membership catalog preserved in the collection, Seidliz was placed in this supervisory role on November 4, 1763, after having previously served in similar positions with the Moravian Church in London and Yorkshire.

The diary of the Single Sisters’ Choir recounts the day the construction began, stating, “on May 4, 1772, at 4:30 AM, the [Single Sisters’] Choir was awoken by the musicians and vocalists of the Choir, and, shortly thereafter, the sounds of trombones signaled the celebration of the entire congregation…” After a morning blessing at 5 AM, the inscribed foundation stone for the annex was laid. The diary also describes the inclusion of a small chest under the foundation stone, which was likely a time capsule. Ultimately the Single Sisters Choir would remain active in Bethlehem into the mid 19th century, making it the longest lasting of the community’s choirs, and the building would continue to house Moravian women until as recently as 2007. Today the building still stands in downtown Bethlehem and is managed by Historic Bethlehem Museums & Sites.