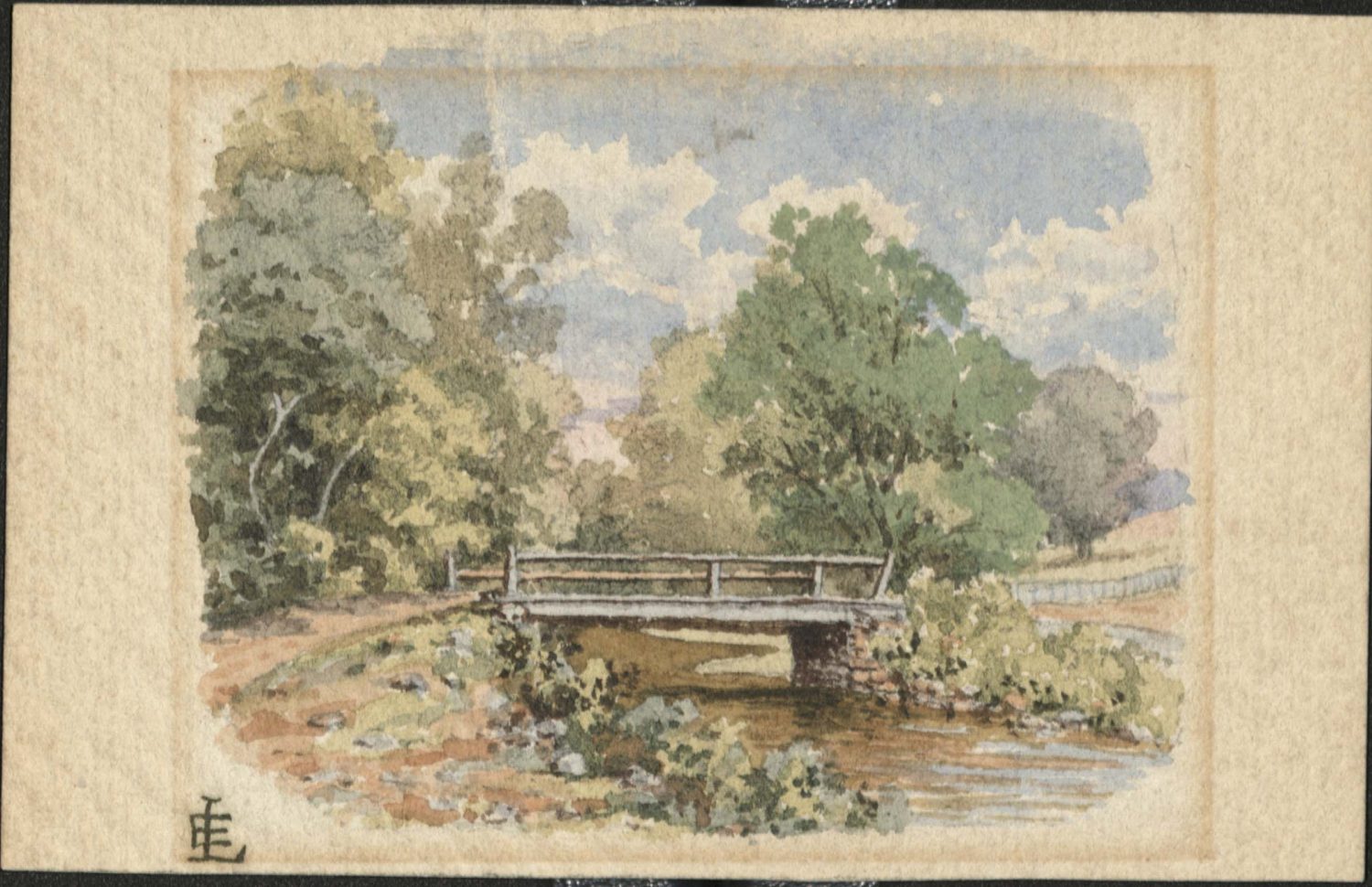 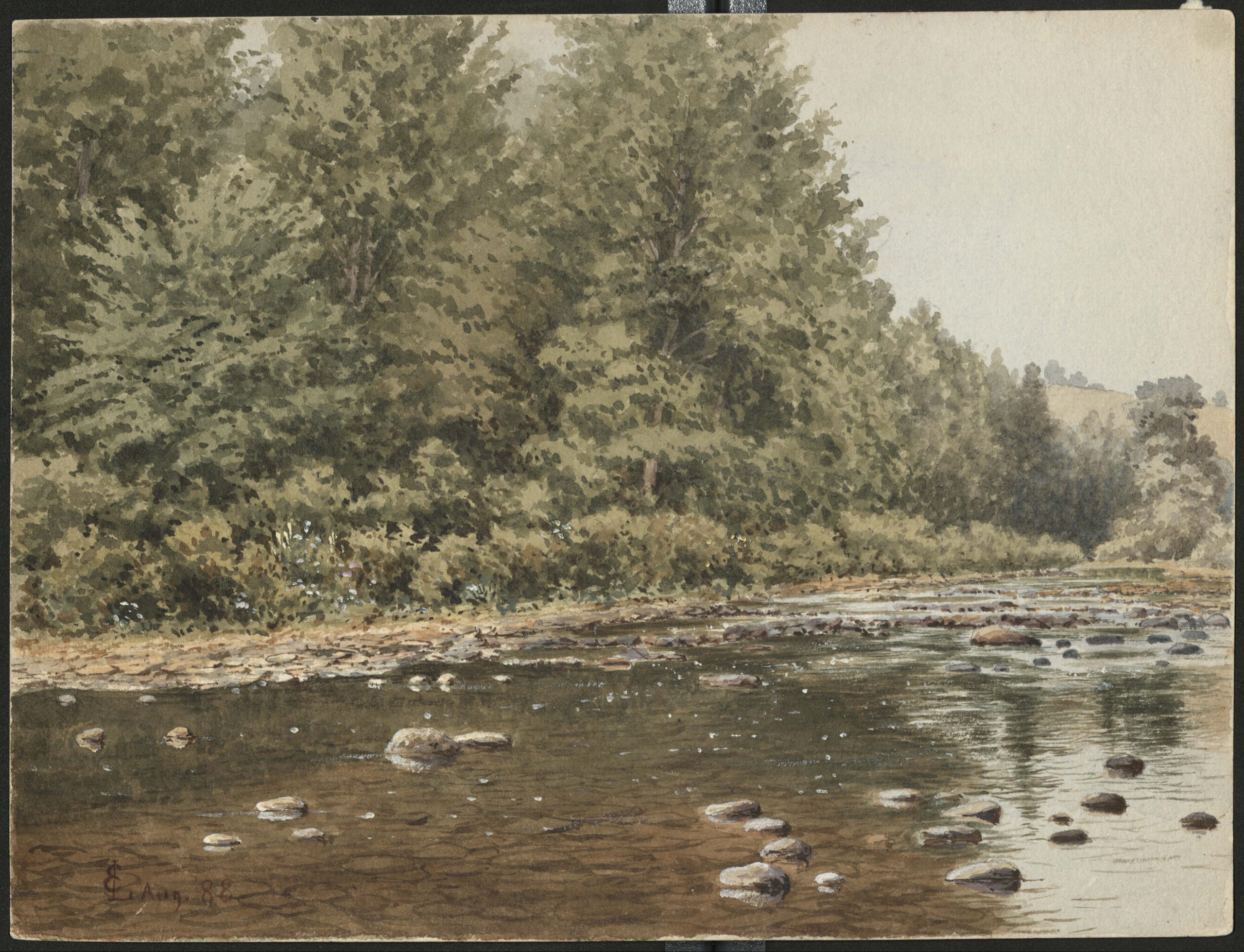 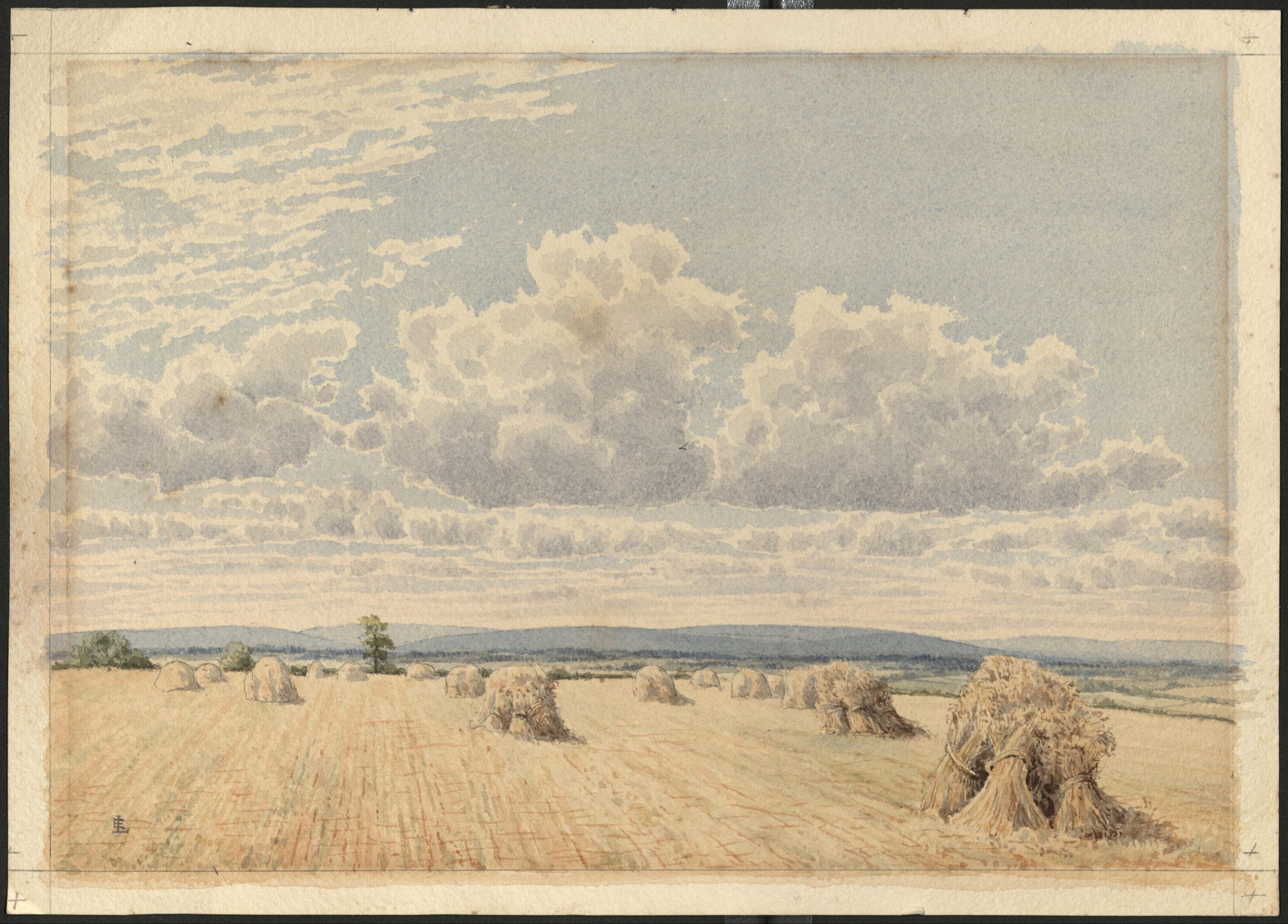 These lovely watercolor paintings are the work of Moravian pastor, teacher and artist Eugene Martin Leibert. Born in Bethlehem on March 22, 1835, Leibert graduated from Nazareth Hall in 1848 and Moravian College and Theological Seminary in 1853 and served as the pastor of Moravian Congregations in Sharon, Ohio and New Dorp, Staten Island. In 1858 he married Sara M. Zorn and returned to Nazareth Hall as a teacher and later as the principal from 1867 until his retirement in 1892. In regards to his tenure an obituary states “During these years this Academy prospered, and many hundreds of young men were here fitted for their life work. These former pupils hold their Principle in affectionate remembrance and bear willing testimony to his superior endowments, which made him in many respects a natural leader of men.”¹ He also served on the Provincial Elders’ Conference (PEC) from 1878 to 1886. In addition to his professional career Leibert was a charter member of the Moravian Historical Society, holding the positions of Secretary and later Vice-President, and continued pursuing his interest in historical research after retiring. Eugene Martin Leibert passed away on May 3, 1910. Following are three examples of his artwork from our collection.

References:
¹ “In Memoriam,” Transactions of the Moravian Historical Society, vol. 9 (1913), available at https://tinyurl.com/y6a48wsg.