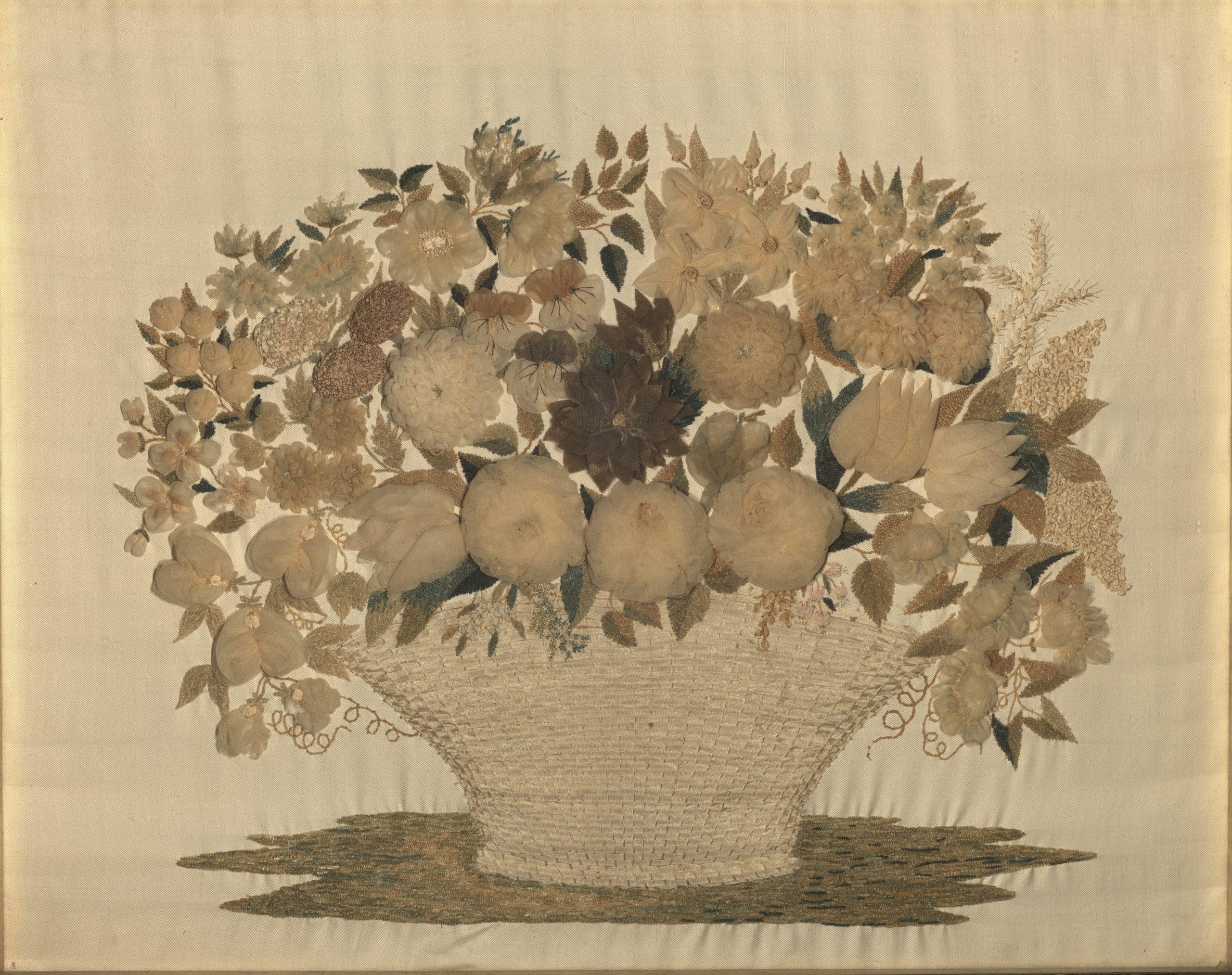 As the weather turns to spring it seems a perfect time to highlight a few items from our collection that relate to botany and flowers, a welcome sight for us after the cold winter.

These pages illustrating and describing different varieties of vervain ¹ are from a book titled The Theater of Plants, written by John Parkinson (1567-1650) and published in 1640. Parkinson was a noted early botanist who served as apothecary to King James I and Royal Botanist to King Charles I, to whom this book was presented, as well as being a founding member of the Worshipful Society of Apothecaries in London, a guild that still exists today and historically was involved in the production of medicine and licensing of physicians. The Theater of Plants describes more than 3,800 different plants and was considered one of the finest books of its kind and a valuable resource for apothecaries and botanists for more than a century. 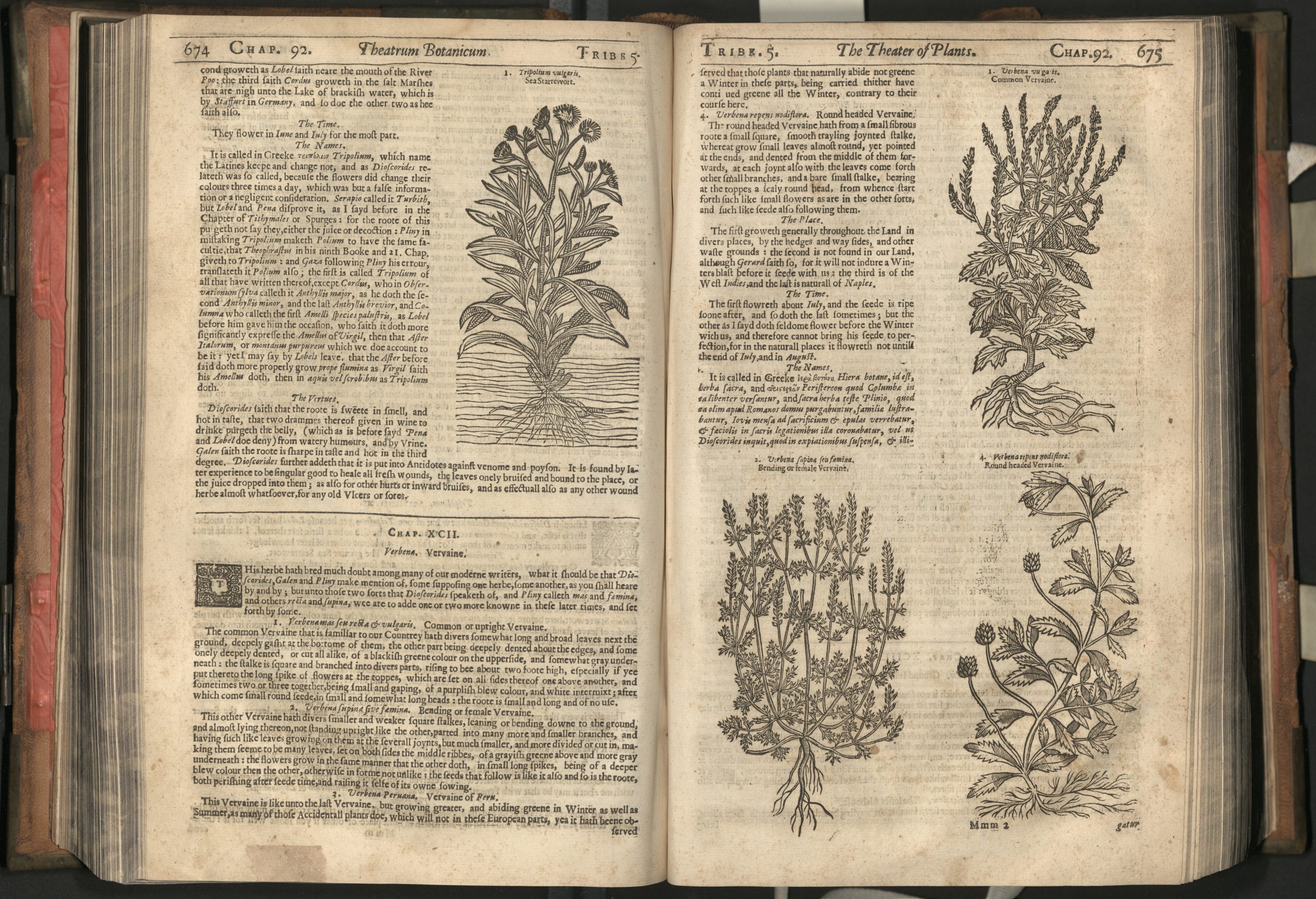 In a similar vein, these pages are from an 1838 book on botany titled “Peter Parley’s Cyclopedia of Botany” and are part of an alphabetical listing of plants, giving detailed physical information on them, as well as illustrations of some such as the ox-eye daisy and succory ². Peter Parley was a character and pseudonym created by author, publisher, and politician Samual Griswold Goodrich (1793-1860) for a number of children’s books. Goodrich was born in Connecticut and worked as a publisher in Boston, where he was the first to publish works by Nathaniel Hawthorne, he also served terms in the Massachusetts state House of Representatives and Senate, as well as serving as a consul in Paris. He believed children’s books should be focused on facts and education, something well reflected in the detail and technical language in this example, though he was also noted for his ability to express topics such as science, geography, and history in terms approachable to his young target audience. 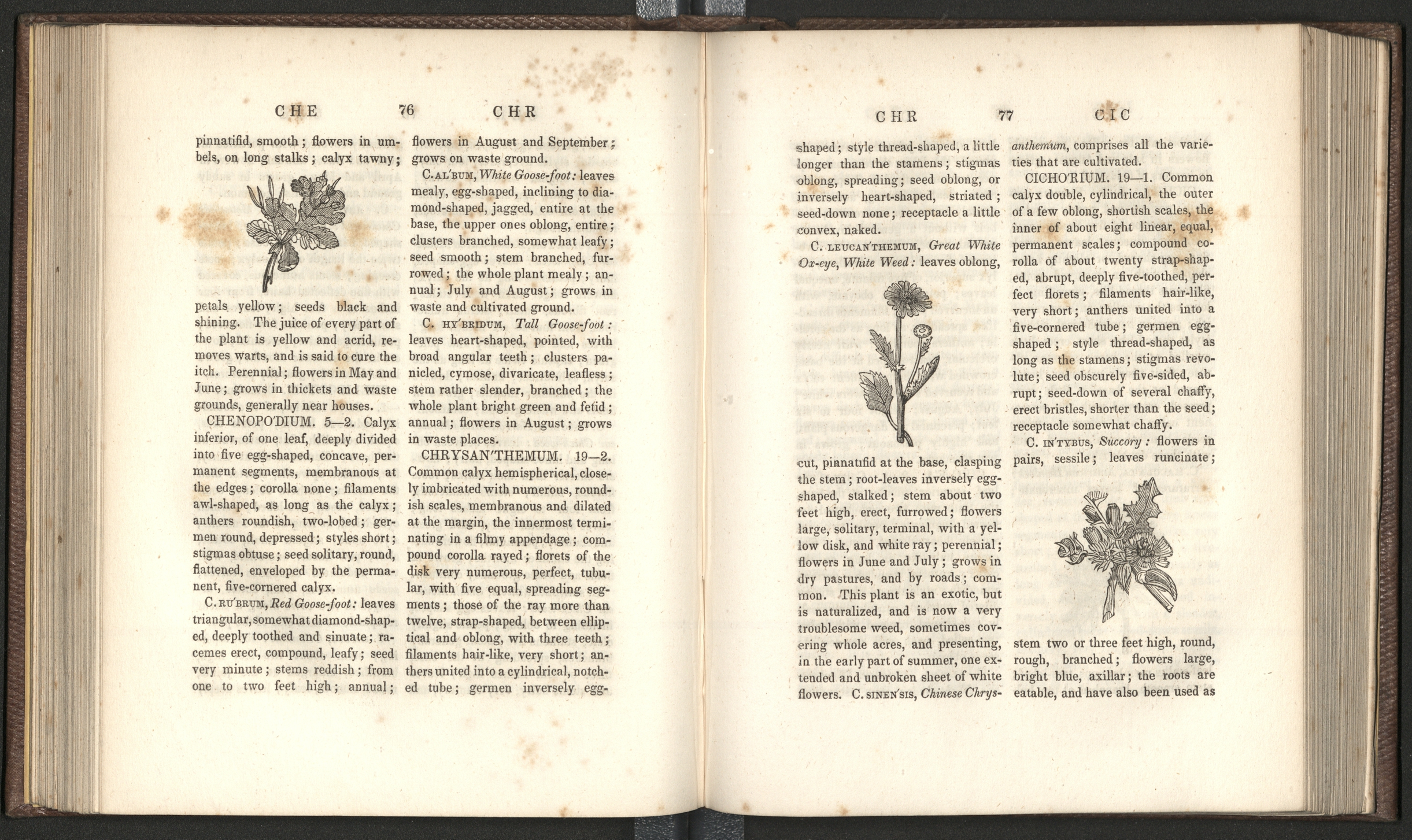 As an example of the sort of work a student might use the previously described books for, these images are from classwork performed by students at the Moravian Female Seminary in Bethlehem, PA, dated April 16, 1912. It is one of a number of folders stored in a binder, each containing a pressed flower collected by students and  filled-out form giving a description of the said flower, in this case, bloodroot, a poisonous native plant used to produce a red dye. The Moravian Female Seminary began with a school for Moravian girls founded by Benigna von Zinzendorf in Germantown, PA, in 1742 before moving to Bethlehem shortly thereafter, where in 1785 it was opened to people outside of the church ³. The seminary began offering baccalaureate degrees in 1863 and in 1954 it merged with Moravian College, forming the modern Moravian University. Another floral item connected to the school can also be seen above, a small pen and ink drawing of a flower which shares a page with a sketch of two chickens and was made, likely for an art class, by Eleanor Willcox, a student at the school in 1796. 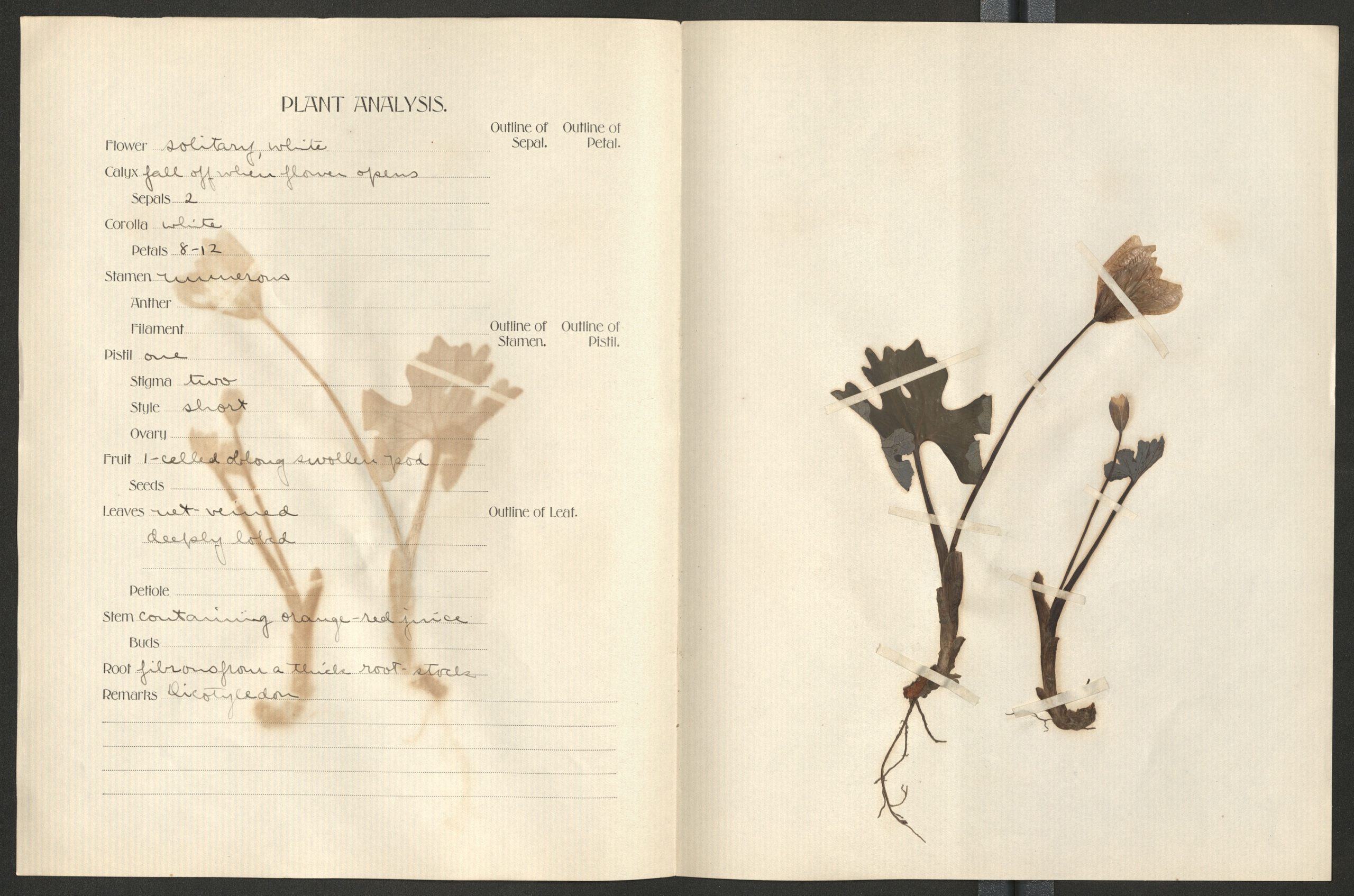 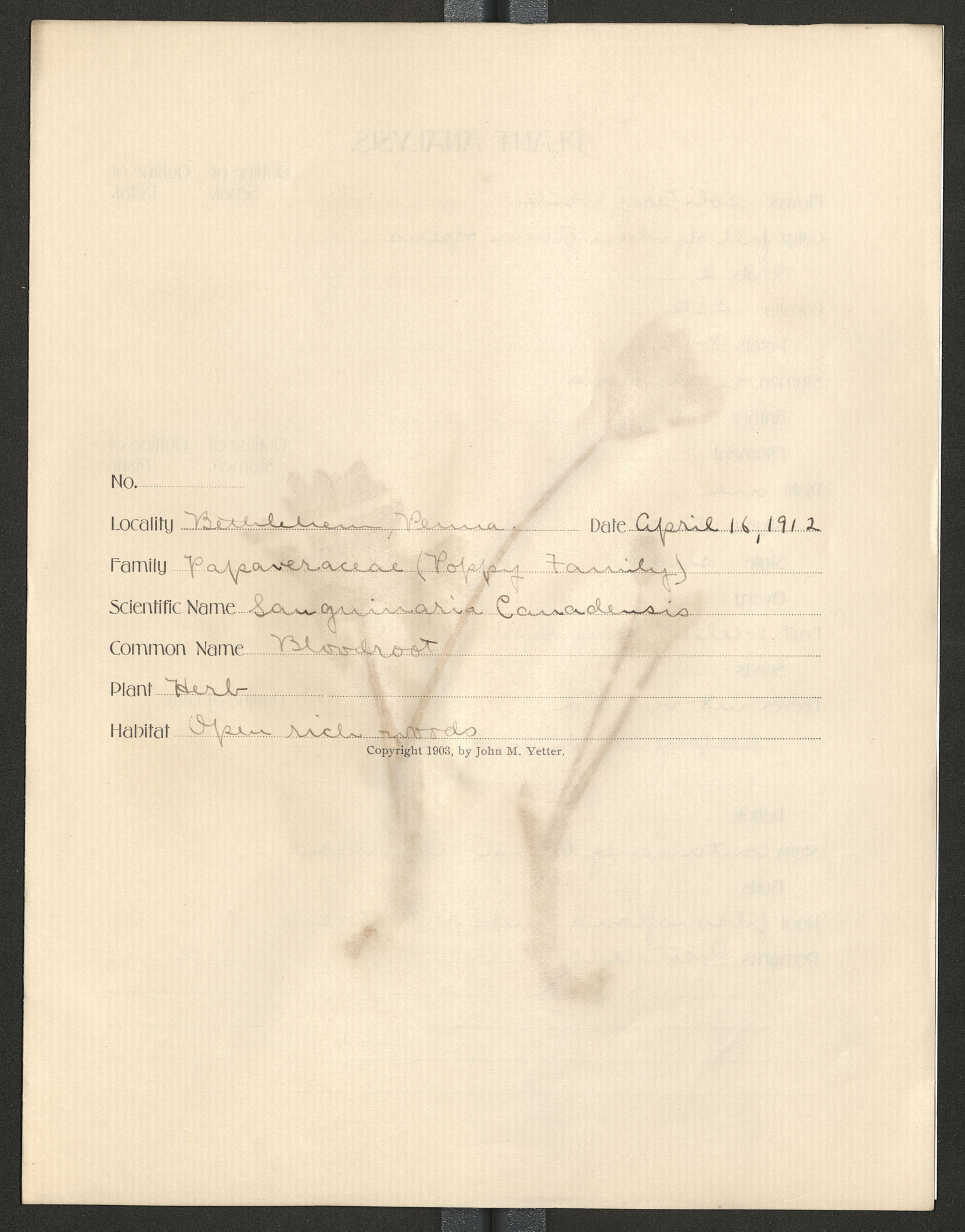 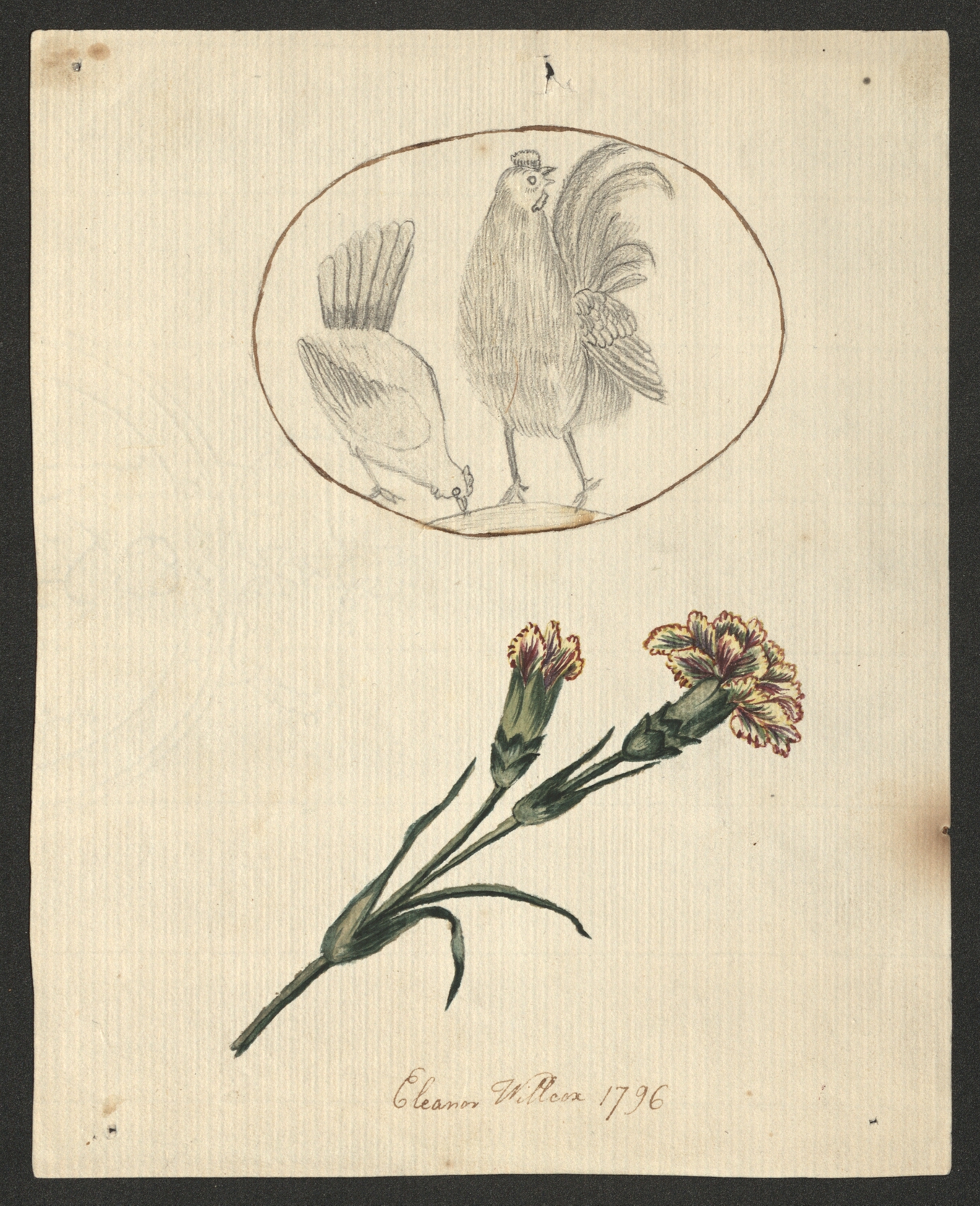 Another example of floral art in our collection is this 19th-century example of embroidery and ribbon work showing a bouquet of flowers in a basket. Unfortunately little is known about this artwork’s origins and the creator; however, its style is consistent with needlework pieces commonly produced by students of the Moravian Female Seminary during the early 19th-century. Regardless of this uncertainty however it certainly puts one in mind of the forthcoming warmer seasons and their beauty.

² Perhaps better known as chicory
³ This is a similar path as the Moravian boy’s boarding school Nazareth Hall, for more on this institution see our previous Digital Collections Spotlight available here.