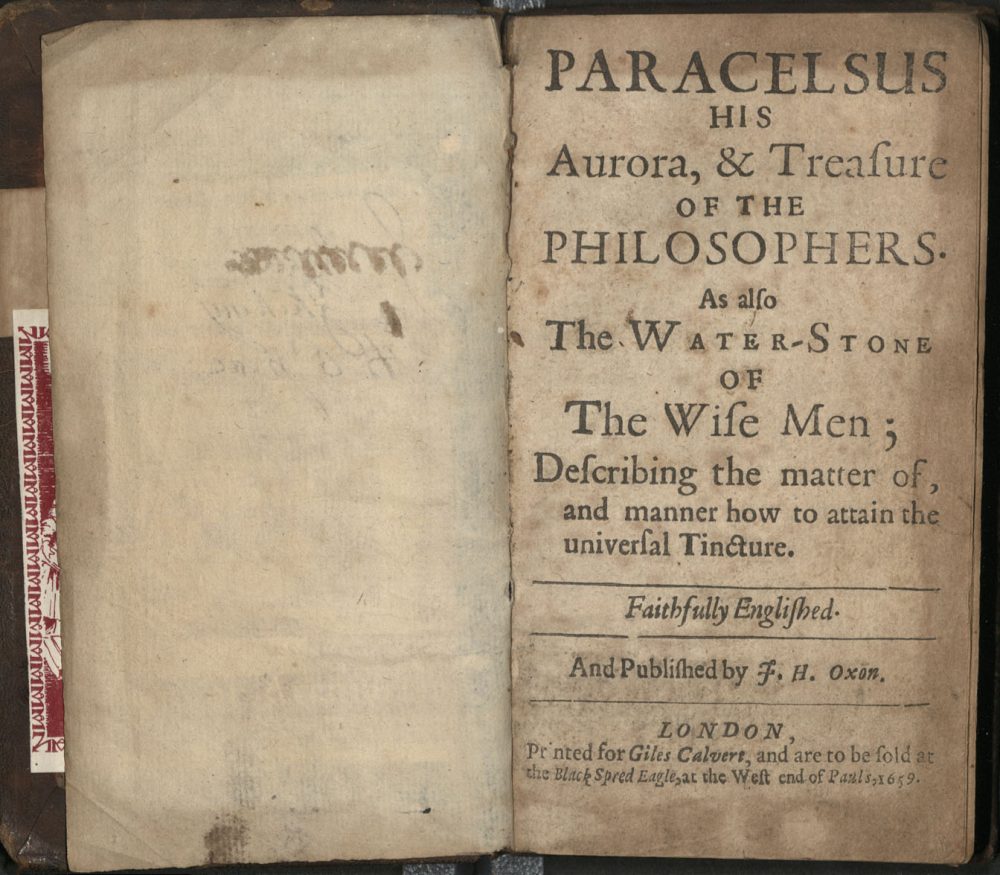 In addition to a large collection of unique items such as church diaries, registers, personal papers, and photographs the Moravian Archives, Bethlehem, also houses a congregational library created by the Moravians of Bethlehem in 1751 that was intended to include a variety of books that would be of value to the growing community. While many of the books are on religion or practical topics like gardening or dye making it also includes some books that may at first glance seem more out of place and in light of the season it feels appropriate to emphasize one of these, a 17th-century books on alchemy and the legendary philosophers stone.

This book was published in London in 1659 and is titled Paracelsus, his Aurora, & Treasure of the Philosophers. As also the Water-stone of the Wise Men; describing the matter of, and manner how to attain the universal tincture. As noted in the title it is made up of three separate works that had been translated and bound into one volume. The first two, Aurora and Treasures of the Philosophers, were written by the noted doctor, scientist, and alchemist Paracelsus (c.1493 – 1541), who was born Theophrastus von Hohenheim in Switzerland. In addition to his writings on alchemy, he is also known for his work with medicine notably, he was an early proponent of applying chemistry to the field, lectured in German rather than Latin so the general population could understand, and emphasized experimentation at a time when most doctors were focused on pre-existing medical texts. The third part of this volume, Water-stone of the Wise Men, was written by Johann Siebmacher, of whom little is known though it is believed he lived in Nuremberg.

While the popular image of alchemy tends to associate it with magic and fantasy fiction it is worth noting that many of its European practitioners viewed it simply as another way of exploring God’s creation and saw it as fully in line with their faith as Christians. This is well illustrated by this passage from The Water Stone of the Wise Men: 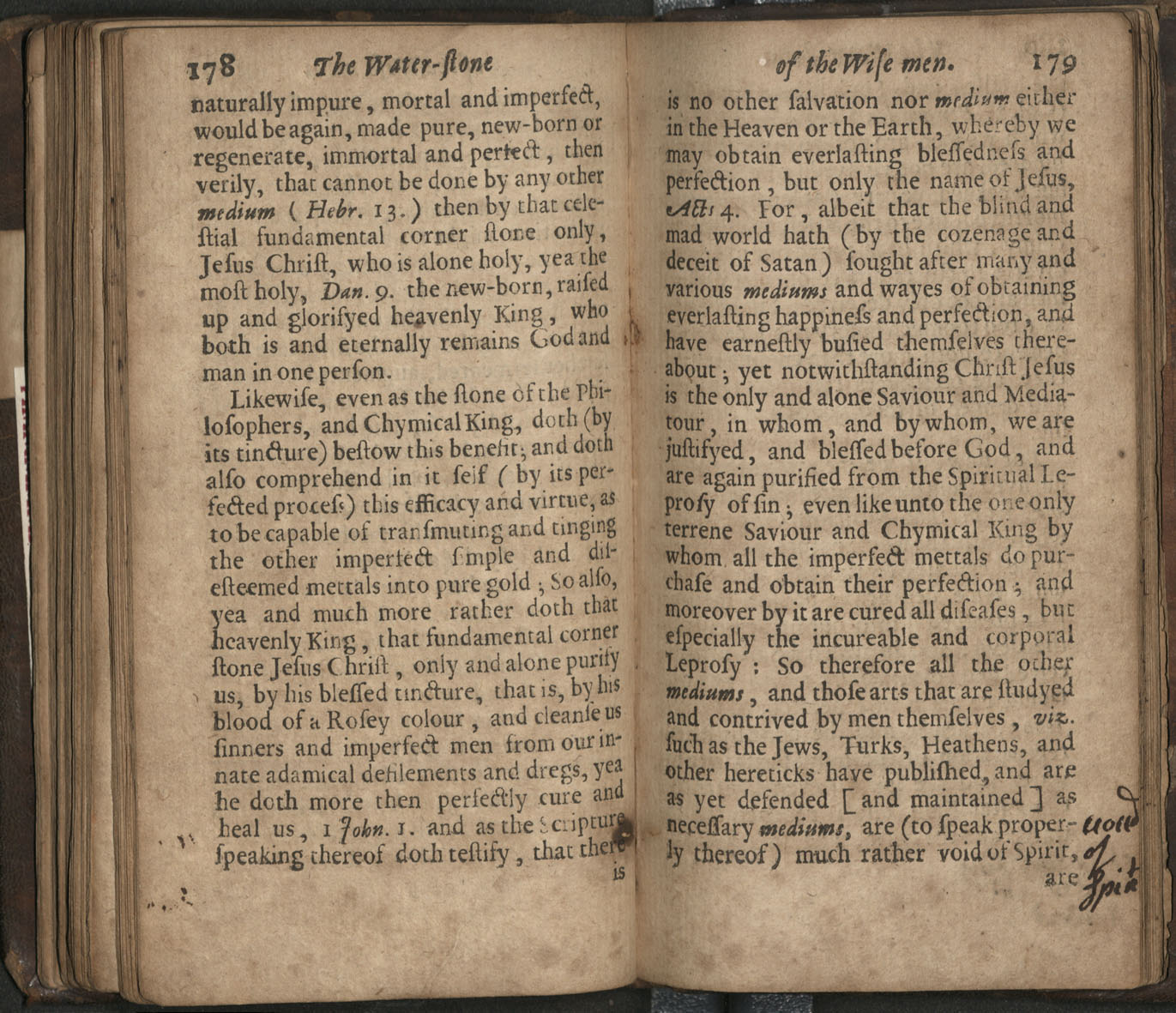 “Likewise, even as the stone of the Philosophers, and Chymical King, doth (by its tincture) bestow this benefit; and doth also comprehend in it self (by its perfected process) this efficacy and virtue, as to be capable of transmuting and tinging the the other imperfect simple and disesteemed mettals into pure gold; so also, yea and much more rather doth that heavenly King, that fundamental corner stone Jesus Christ, only and alone purify us, by his blessed tincture, that is, by his blood of a Rosey colour, and cleanse us sinners and imperfect men from our innate adamical defilements and dregs, yea he doth more then perfectly cure and heal us…”

While the exact circumstances of this book coming into the Congregational Library are unknown, it is clear that it was in the collection by 1752 as it is included in a catalog which can be seen below There is also a second copy of Water-Stone of the Wise Men in the collection, this one is in German and was published in 1704 and an inscription gives us a bit more context, it was a gift given by one Jacob Christopher Foerster to the noted organ builder Johann Gottlob Klemm in 1749. Klemm presumably donated it to the Congregational Library at a later date. 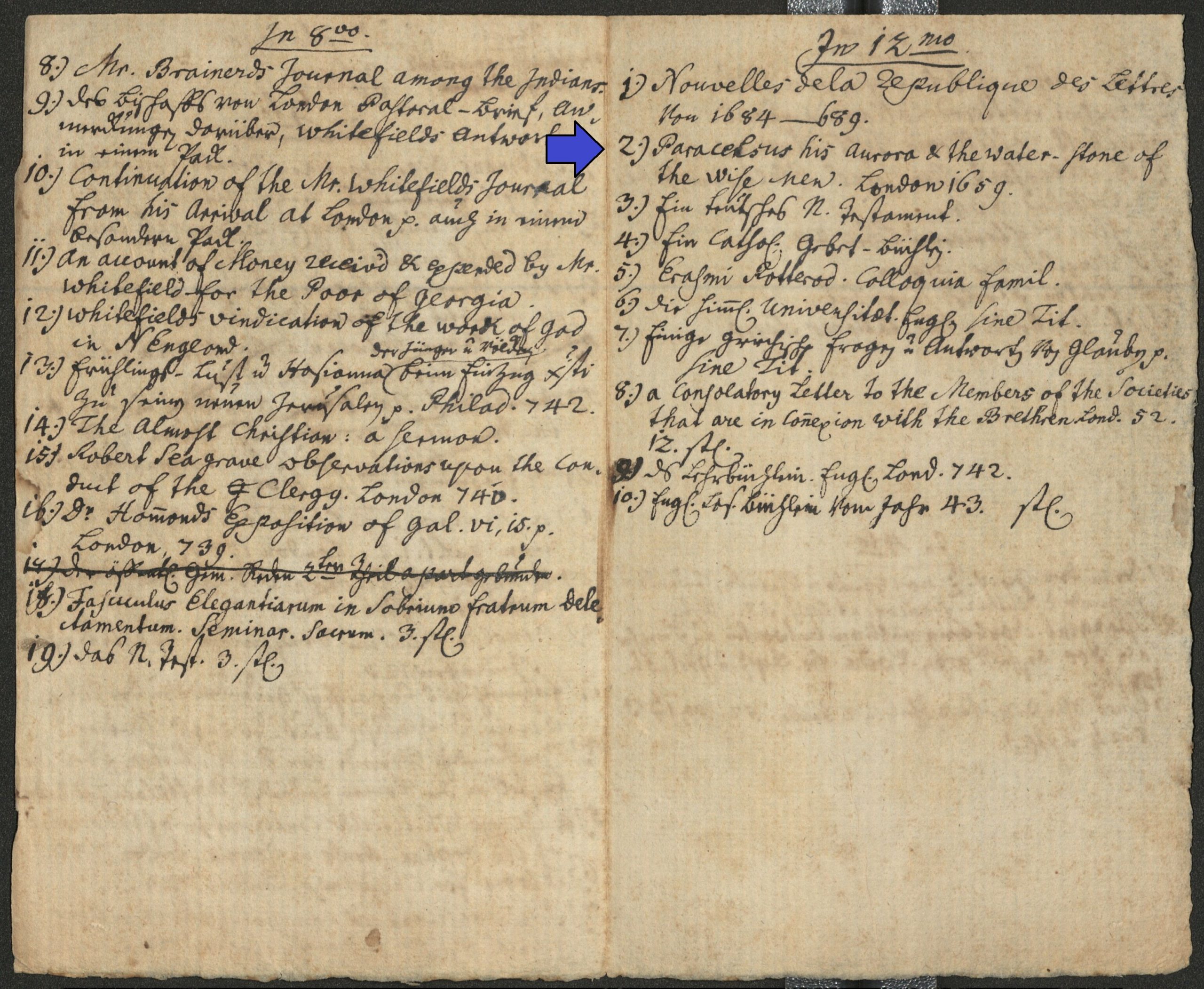