Mask are optional (but preferred) to enter the Moravian Archives 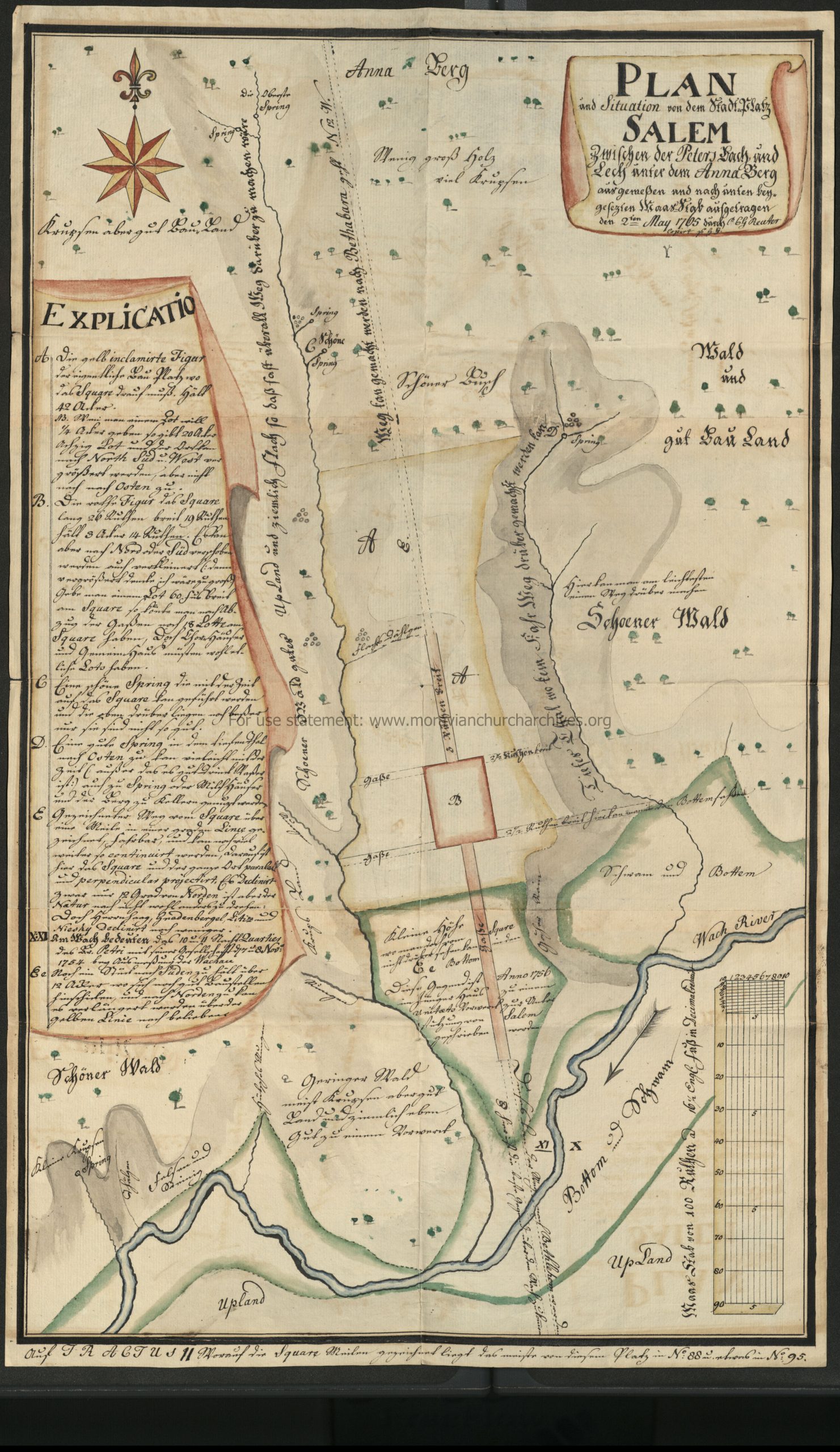 This 18th-century map presents an early view of one of several Moravian settlements in North America that would in time become the modern city of Winston-Salem, which has the anniversary of its founding this month.

In 1753 the Moravian Church purchased a 98,985-acre tract in what is now North Carolina from the English noble John Carteret, Earl of Granville, which had been surveyed by a group led by Bishop August Gottlieb Spangenberg a few months before. Spangenberg had given the region the name Die Wachau after an Austrian estate of the Zinzendorf family that it reminded him of, and in time the area became known by the Latin equivalent of Wachovia. On November 17, 1753, the first group of 17 men from Bethlehem arrived and established an initial settlement called Bethabara.¹ During the French and Indian War (1754-1761) the Moravians built stockades around Bethabara and their nearby mill and sheltered a large number of refugees from the surrounding regions. Over time additional small settlements named Bethania, Friedberg, and Friedland were founded and like Bethabara were primarily agricultural communities, while in 1772 the town of Salem was formally established to be the religious, business, and administrative center of Moravian congregations in the region. As with Bethlehem all land in these communities was owned by the church and leased only to members, though over time this control loosened and by the late 1850s was abandoned entirely, and eventually, the communities aside from Salem largely ceased to exist in any independent sense. In 1849 a new county, Forsyth, was established that included most of the land previously owned by the Moravian Church, with its seat being the newly formed town of Winston, and in 1913 the two towns formally joined together as the modern city of Winston-Salem.

During the 20th century a movement grew in Winston-Salem to preserve their history and the remains of the old settlement of Salem and today a number of historical buildings have been restored and now operate as a living history museum.