The Moravian Archives will be closed on Monday, July 4 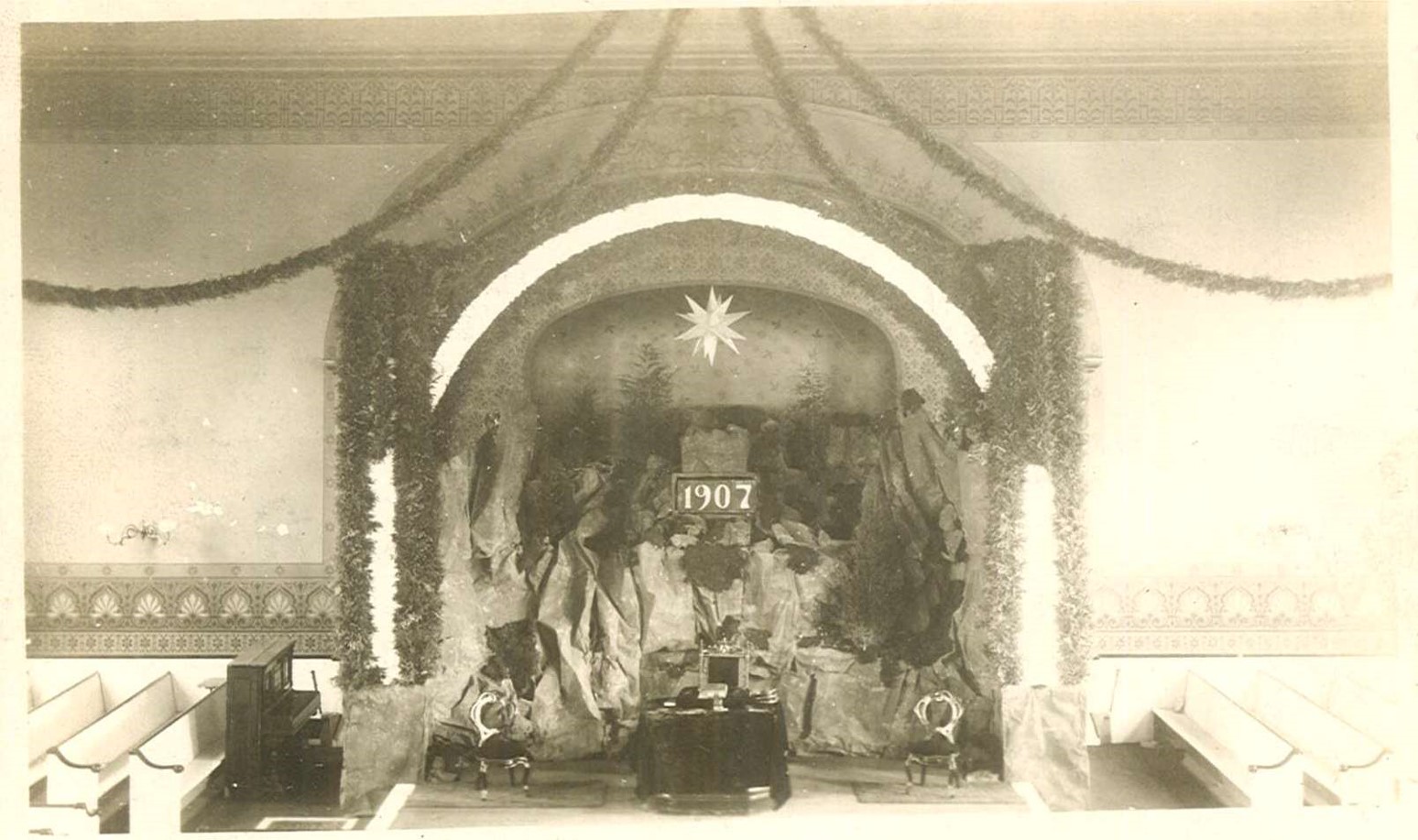 In light of this holiday season it seems an excellent time to highlight a few items from our collection that show Moravian traditions and decorations surrounding Christmas. The photograph above, from Nazareth Moravian Church (Nazareth, Pennsylvania), dates to 1907 and shows perhaps the best known of traditional Moravian decorations: the Moravian Star. The tradition has its roots in the 1820s in Niesky, Germany, at a Moravian Boy’s School, where the stars appear to have had applications in geometry and Christian education and were also employed as decorations for the Christmas season. In the 1880s bookstore owner and alumnus of the school Peter Verbeek began selling stars and the plans for them and his son Harry founded the Herrnhut Star Factory which continues to manufacture traditional Moravian Stars to this day. These stars have come to be a popular symbol for the Christmas season throughout the Moravian Church and have spread to the wider community as well. 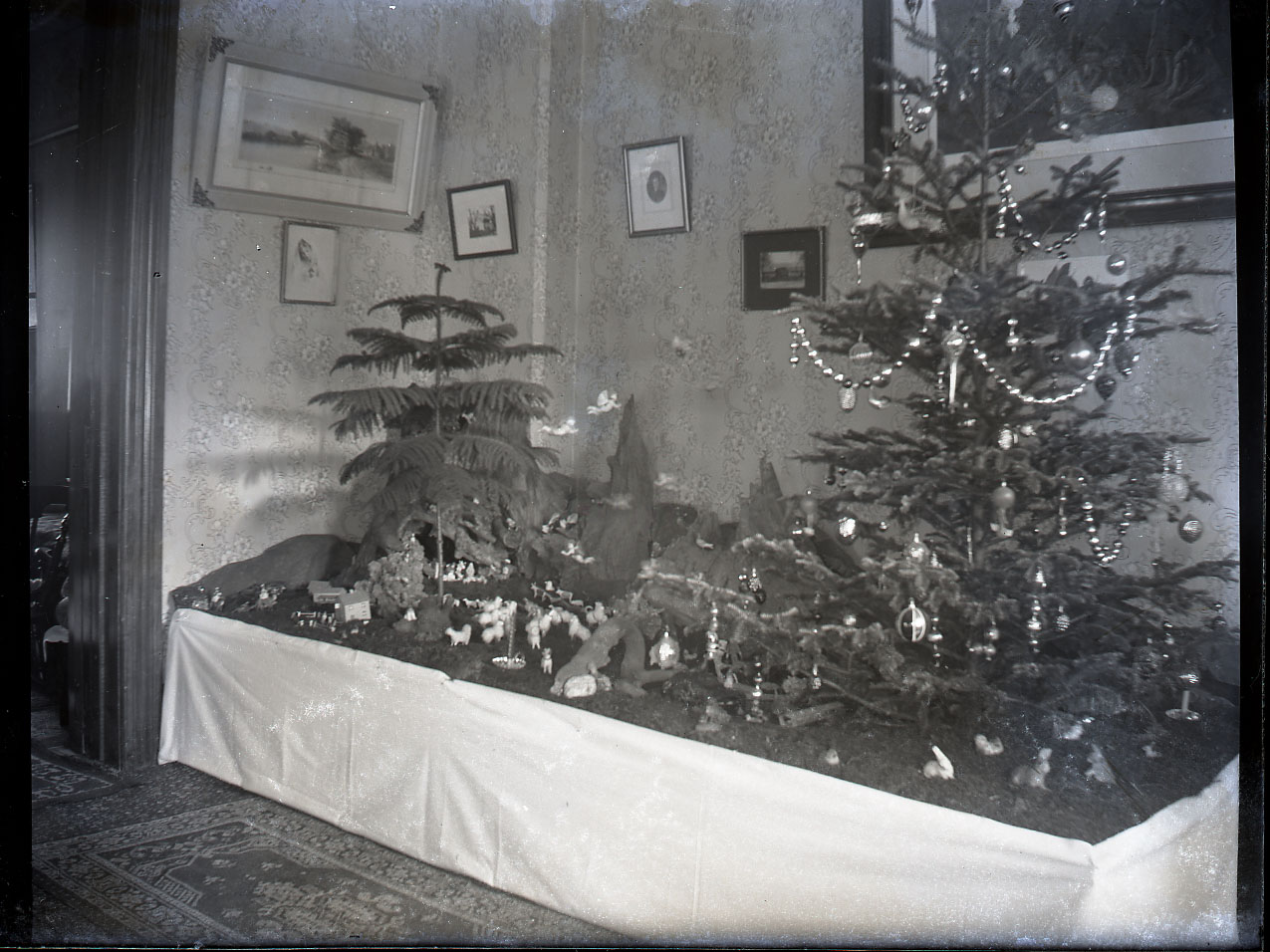 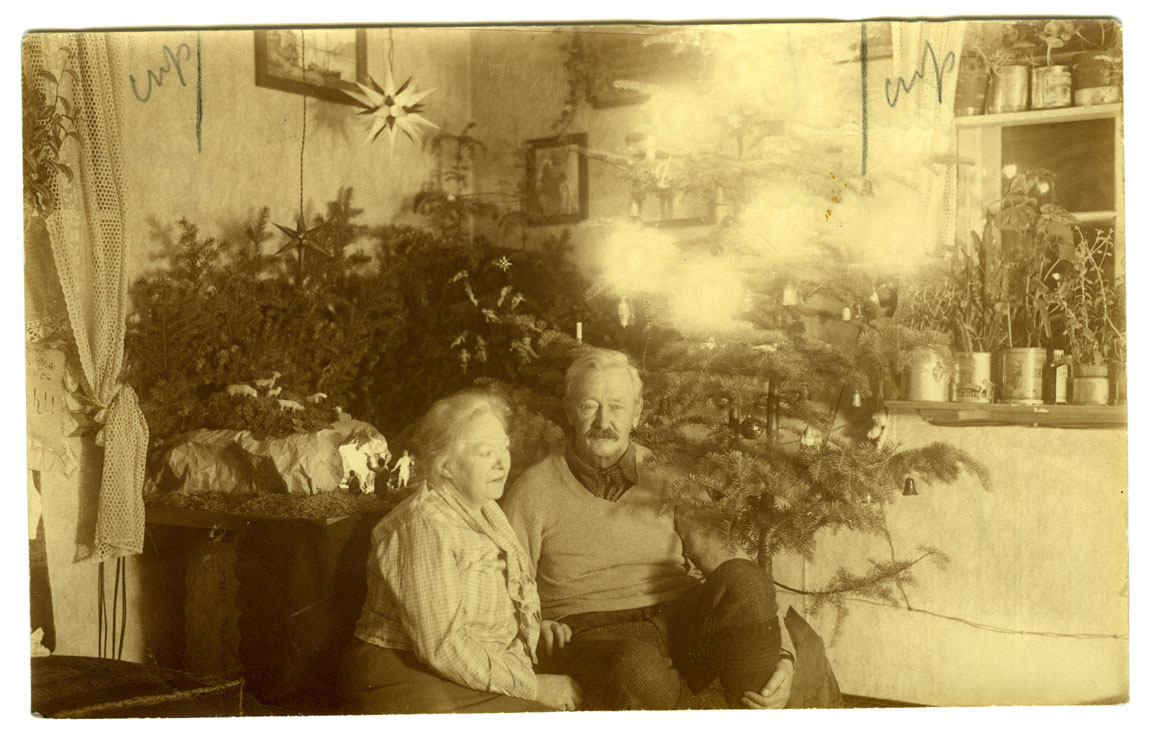 Another Moravian tradition is the construction and presentation of elaborate Christmas displays called putzes, and the photographs above show two examples of these. The first is a photo from 1907 and shows a putz that belonged to the family of Samuel D. Luckenbach in Bethlehem, Pennsylvania, and the second is from 1939 and shows Paul and Ellen Marie Hettasch in Nain, Labrador, in front of a putz with a Moravian star visible in the background. The term putz is derived from the German putzen, meaning to clean or beautify, and is distinct from a nativity or crèche in that the putz traditionally includes additional scenes from the Christmas story and may incorporate music and narration as well. They also often include items and scenery that have been handmade or collected over the course of a family or congregation’s history. These displays have their roots in 15th-century Europe and were especially popular in Victorian times, when people would visit the homes of friends and neighbors to view their putzes and today are still a popular Christmas tradition and often displayed at Moravian churches.