The Moravian Archives will be closed on Monday, July 4

Here at the Moravian Archives Bethlehem, we care for a number of collections pertaining to various individuals and families connected to the history of the Moravian Church. In previous posts, we have highlighted a few of these with an eye to what they show about the subjects’ careers and interests so now we would like to highlight a different aspect, specifically some examples of artwork created by members of the Frueauff family, which are part of the Frueauff Family Papers. This collection, consisting of 4 volumes and 29 folders of artwork, was gifted to the archives by the estate of Herman T. Frueauff, a grandson of Friedrich Renatus Frueauff. 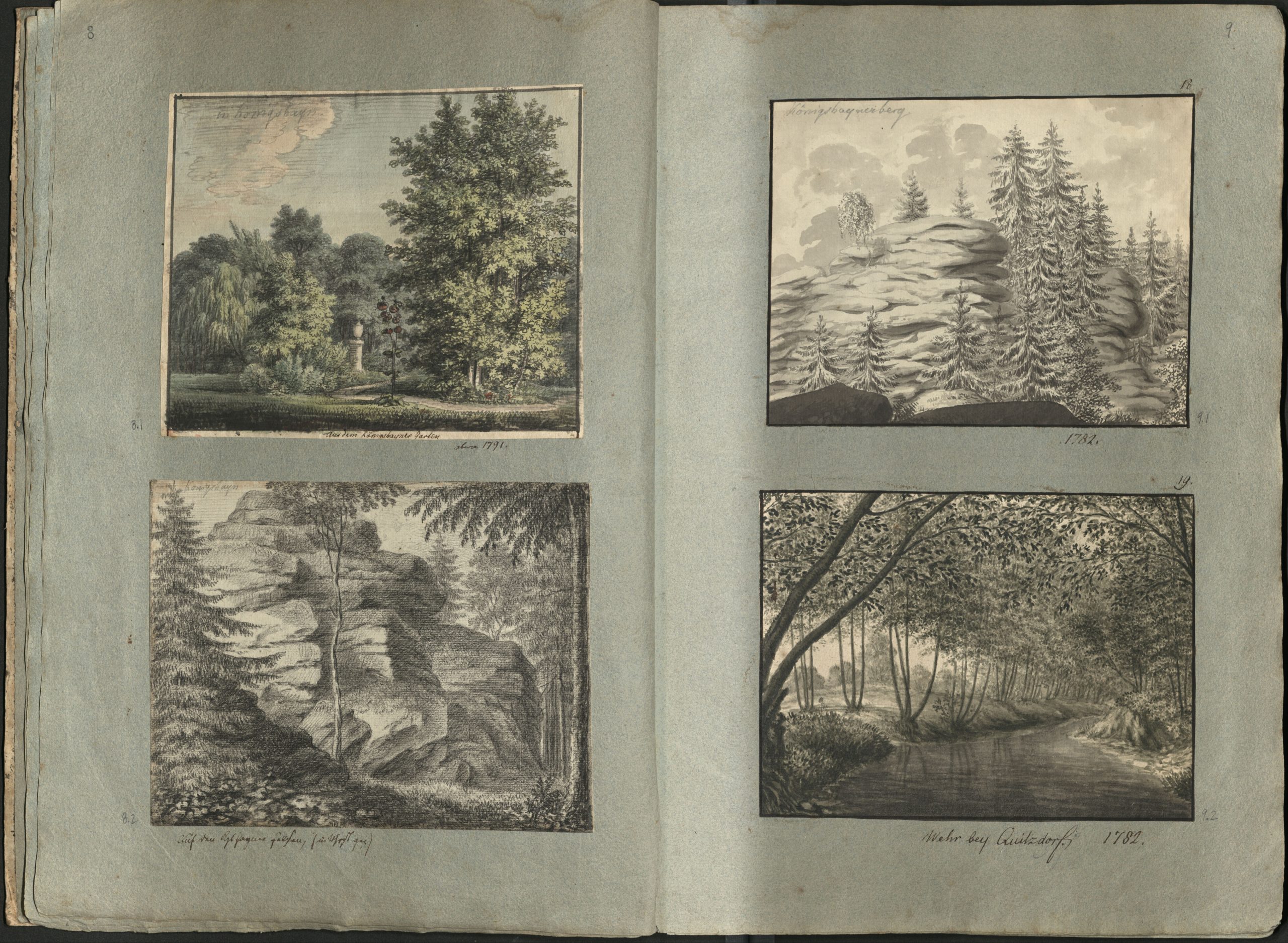 Friedrich Renatus Frueauff was born in 1764 in Neudietendorf, Saxe-Gotha (in modern day Germany)Germany and was the son of local Moravian pastor Johann Friedrich Frueauff Sr. (1729-1799). He first attended the boys’ boarding school in Niesky and later completed his seminary studies at the Moravian theological seminary in Barby. As was the custom in the Moravian Church, worked as a teacher for a time in Grosshennersdorf, Barby, and Uhyst before leading a congregation in Zeist. He also served over a decade as a member of the Unity Elders Conference. In addition to these accomplishments, Frueauff was also a talented artist, a craft he likely learned as a student, and most of his work in the collection is views of landscapes and buildings from regions he lived and worked in. He died in Herrnhut in 1851.

Also noteworthy is his brother Johann Friedrich Frueauff Jr (1762-1839), who likewise became a teacher and traveled to North America, where he held several positions in Moravian communities in Pennsylvania. Notably, he was principal of Linden Hall from 1805 to 1815 and later was principal of the Moravian Female Seminary in Bethlehem from 1819 to 1821. While he does not seem to have pursued artistic endeavors as some of his relatives did Johann Friedrich Jr. did have a home built on Church Street in Bethlehem, the first brick structure on the street, where his family lived until 1914 when it was sold to the school. While it was remodeled and served a variety of purposes over the years it has now been restored to its original appearance, one of a number of historic buildings in the area, and is the home of the president of Moravian University. 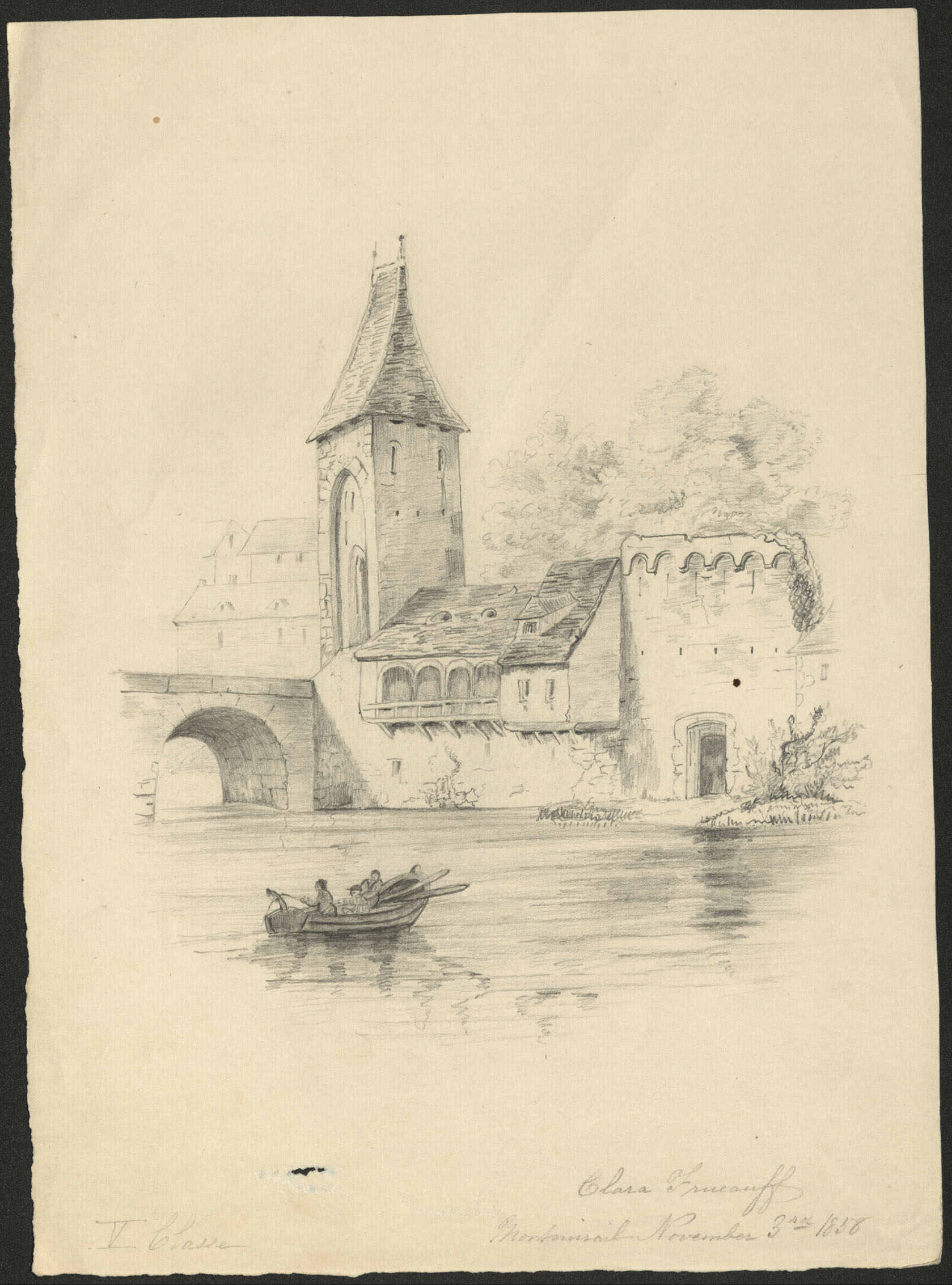 Another artist of the family was Friedrich Renatus’ daughter Clara (1816-1897), who was born in Großhennersdorf and was a teacher in London, where in 1836 she married her cousin Eugene Alexander Frueauff (1806-1897), the son of Johann Friedrich Jr, a fellow teacher who had had been born in Lititz, Pennsylvania, and attended the theological seminary in Gnadenfeld. They came to Pennsylvania and were in charge of Linden Hall in Lititz, a Moravian boarding school for girls that still exists today, from 1838 to 1855 and 1867 to1873. Like her father, Clara’s art is typically European landscapes and cityscapes. In total, 4 volumes and 29 folders of artwork were gifted to the archives by the estate of Herman T. Frueauff (grandson of Friedrich Renatus Frueauff). 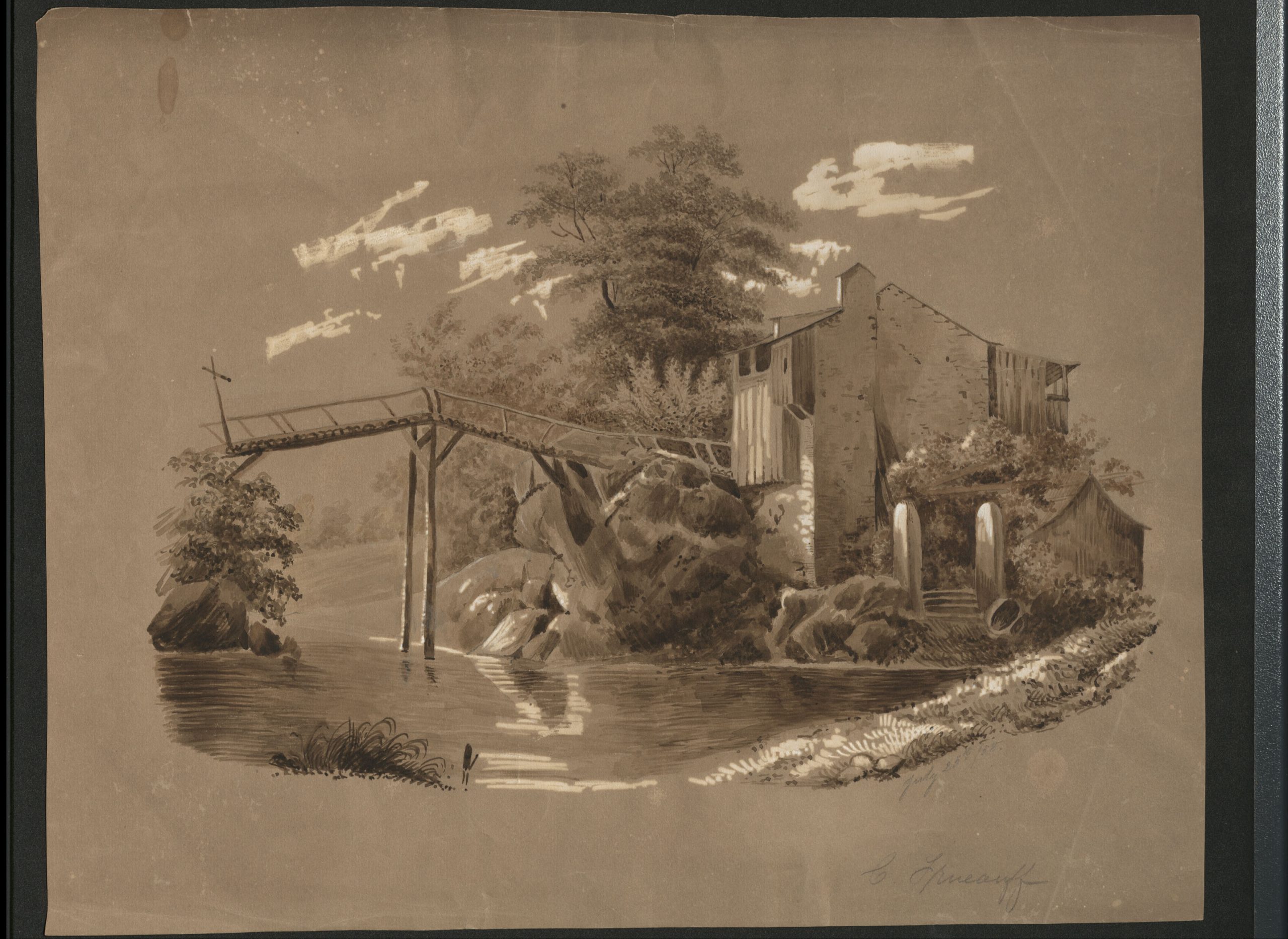