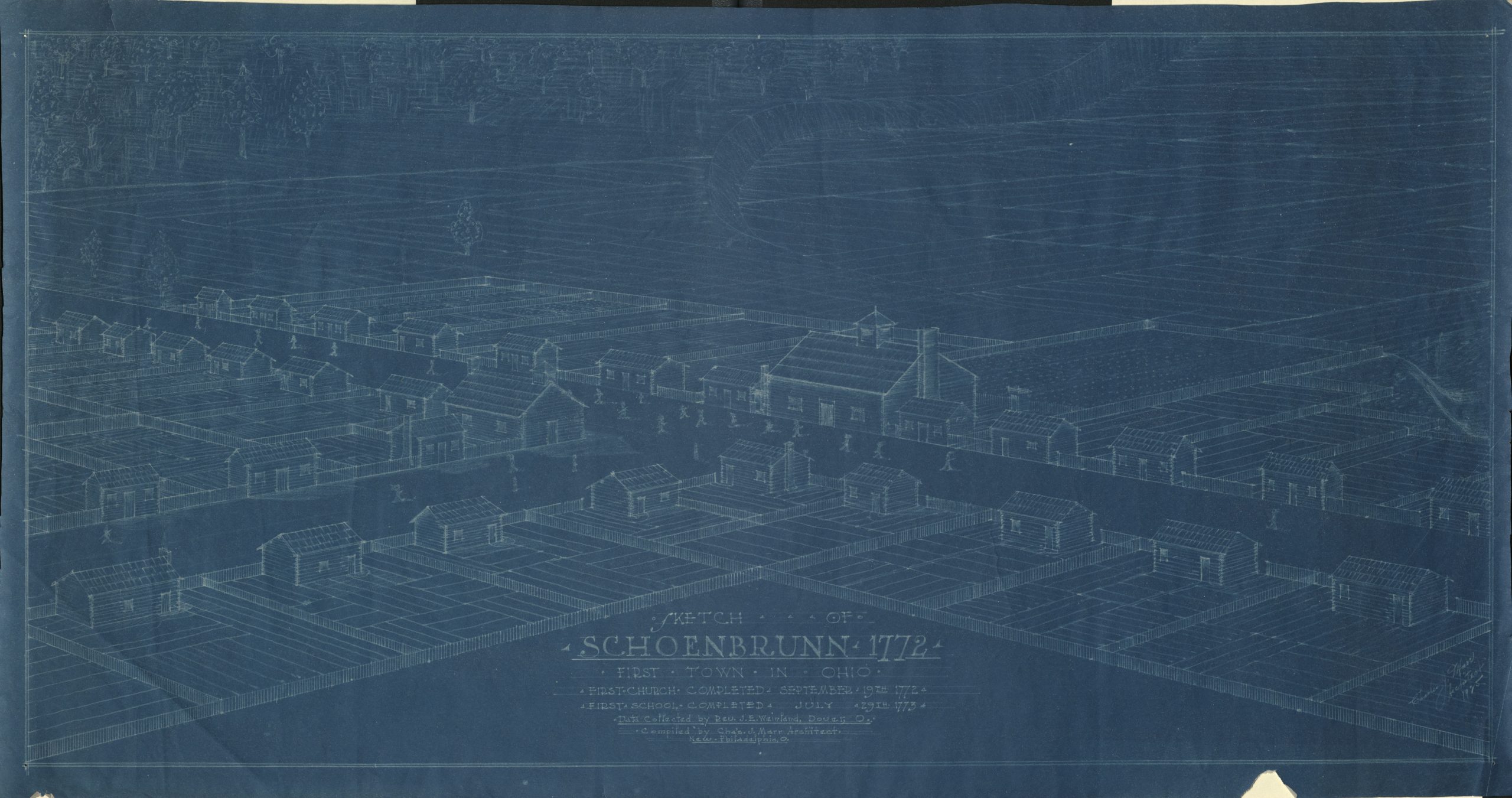 This 1925 blueprint shows a view of the settlement of Schoenbrunn, Ohio, and as the label on it notes, July 29, is the anniversary of the completion of the communities schoolhouse in 1773. This was the first European-style school west of the Alleghenies as well as an interesting example of the Moravian Church’s missionary work amongst Native Americans in the 18th century.

In 1772 David Zeisberger and several Delaware families that had previously converted to Christianity traveled from the village of Friedensstadt, Pennsylvania, into what is now Ohio and on May 3rd they founded the village of Schoenbrunn. The name is German for “Beautiful Spring”, though Zeisberger typically used “Welhik Thùppèck”, a Lenape name with a similar meaning. The town would thrive for a time, growing to house a community of around 300 Moravian Delaware, but growing tensions in the region linked to the Revolutionary War resulted in the town being abandoned in 1777, with the population moving to Lichtenau, another missionary settlement in the region.

Work began on the school house on December 22, 1772, and finished the following spring. Classes were taught in the Deleware language and reflected the Moravian ideals of education and literacy for all members. As part of this Zeisberger wrote the “Delaware Indian and English Spelling Book ” in 1776, which remains a valuable resource for studying the language. The school had around 100 students and classes were primarily taught during the winter while the building was used for other purposes such as storage or temporary housing the rest of the year.

The site of the village was rediscovered in the 1920s and since then replicas of several of the buildings have been constructed and are maintained as a historical and educational site.