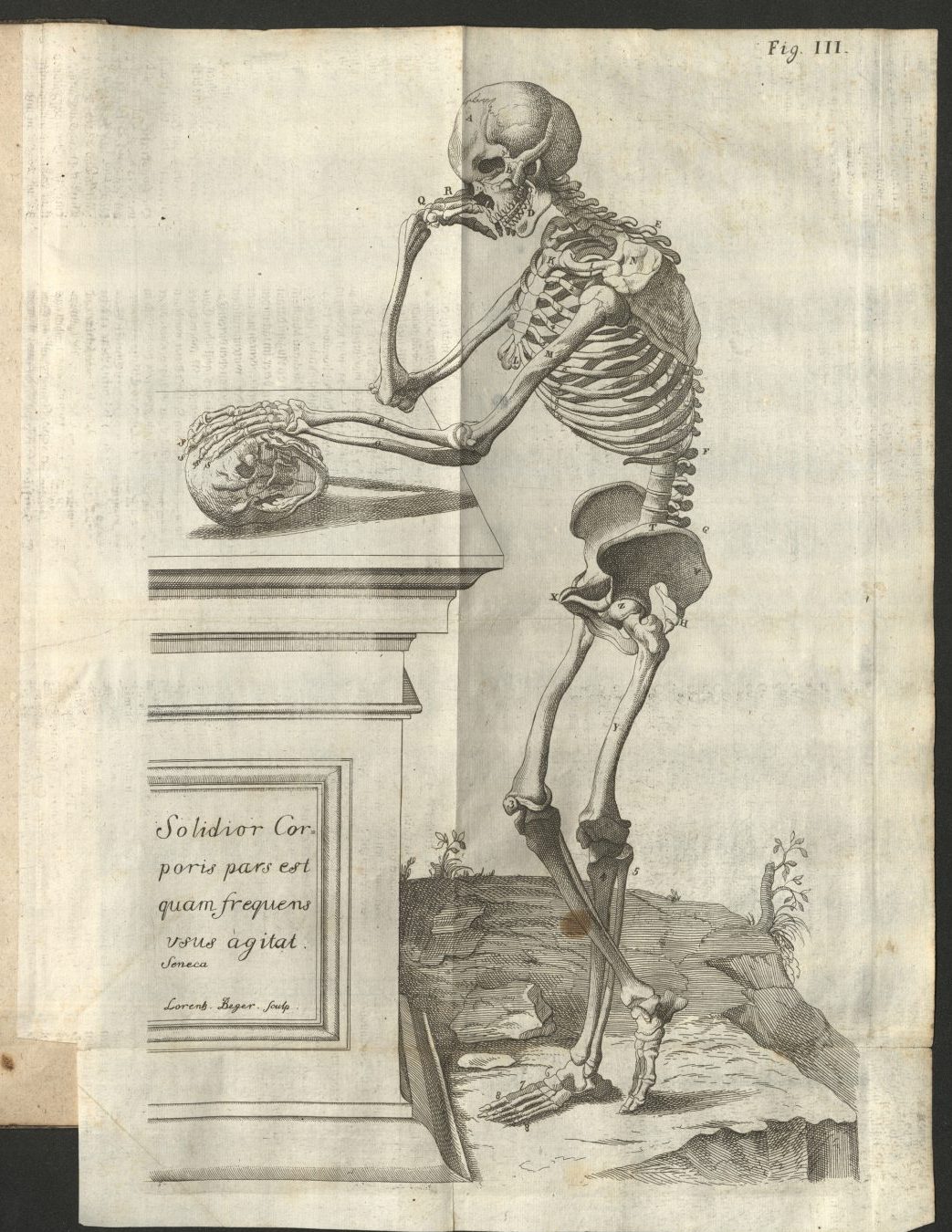 This interesting, if perhaps slightly macabre, engraving is from a 18th-century book on art that belonged to the noted Moravian artist Johann Valentin Haidt (1700-1780) and offers an intriguing glimpse of his artistic learning.

The book (CongLib 104) in question is titled Kurtze Verfassung der Anatomie, wie selbige zu der Mahlerey und Bildhauerey erfordert wird … sehr nützlich allen denen, so von der Zeichnung ihr Werck machen ¹ and shows a skeletal figure contemplating a skull on a plinth. On this plinth is engraved “solidissima corporis pars est quam frequens usus agitauit ²” a line from De Providentia by the Roman philosopher Seneca. The book was written by Roger de Piles (1605-1709), a French artist, critic, diplomat, and spy, and this German translation was published in 1706. Interestingly, the engravings were the work of a different artist, Jan Stephan van Calcar, and created for De Humani Corporis Fabrica Libri Septem ³, a notable early work on human anatomy written by Andreas Vesalius and published in 1543. In contrast to this scientific text, Kurtze Verfassung der Anatomie is instead focused on teaching the reader techniques for more realistically portraying humans in drawings and paintings. 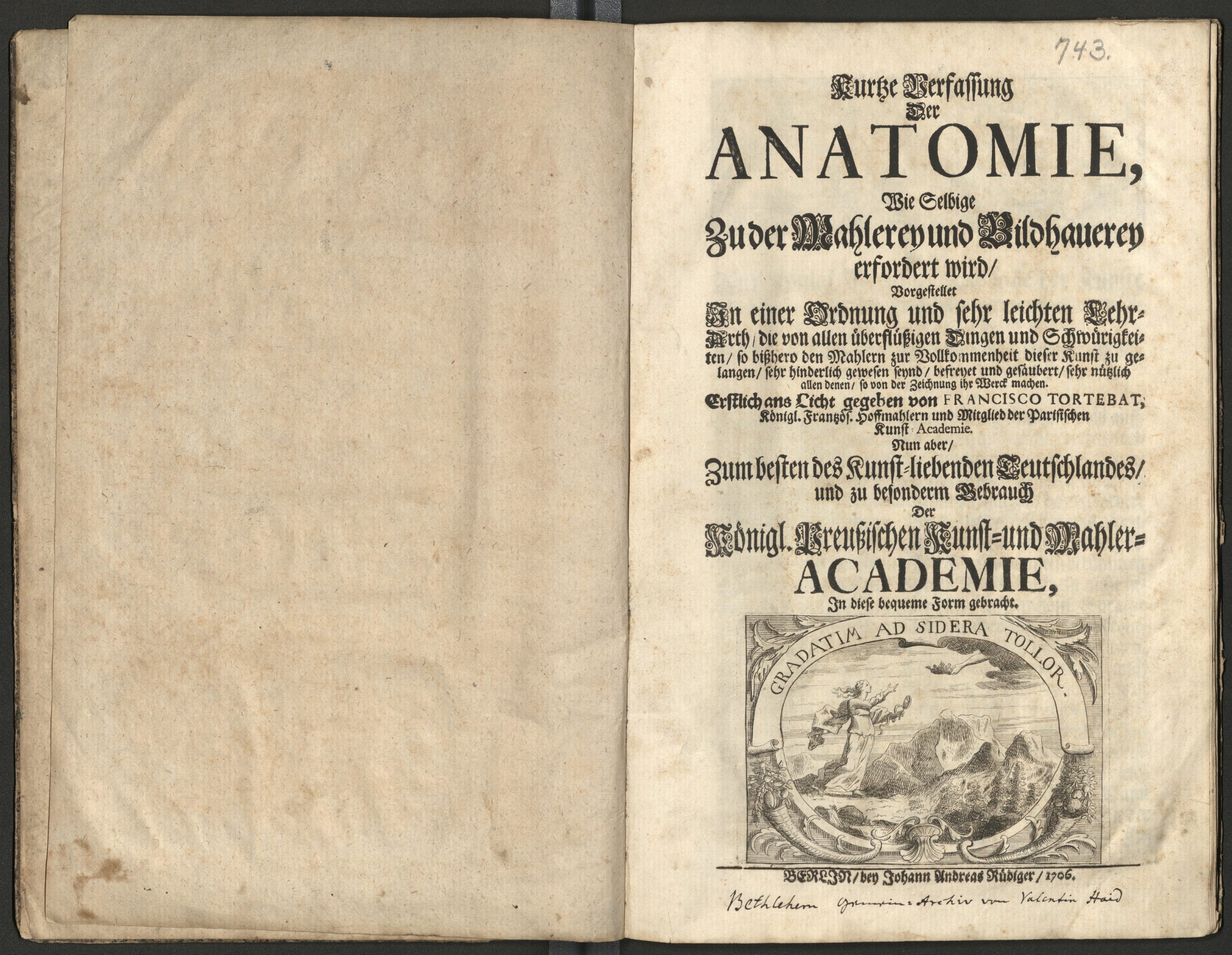 The copy in our collection originally belonged to Johann Valentin Haidt before entering the archives collection, as can be seen on the title page above where a note at the bottom reads, in the handwriting of John Ettwein, “Bethlehem Gemein-Archiv von Valentin Haid”. Haidt was born in 1700 in what is now Gdańsk, Poland, and was working as a goldsmith in London when he joined the Moravian Church. After this he traveled to Germany where he became a respected figure amongst the Moravians, holding several positions of authority in Herrnhaag, and began working as a painter. He received permission from Count Zinzendorf to focus on this career, as Zinzendorf was a strong believer in the value of visual art for religious devotion. In line with this, Haidt’s work is primarily concerned with religious scenes and portraits of Moravians and it is likely that this book was part of his efforts to learn and improve his craft. In 1754 he moved to Bethlehem, PA, where he continued his painting as well as becoming a deacon before his death in 1780. Today a number of Haidt’s paintings are extant and several can be found in our  Painting Collection.

¹ “A brief outline of anatomy, such as is required for painting and sculpting … very useful to all those who make their work from drawing”

³ “On the fabric of the human body in seven books”