Join us for the book launch of The Letters of Mary Penry: A Single Moravian Woman in Early America, edited by Scott Paul Gordon & have your copy signed by the author. 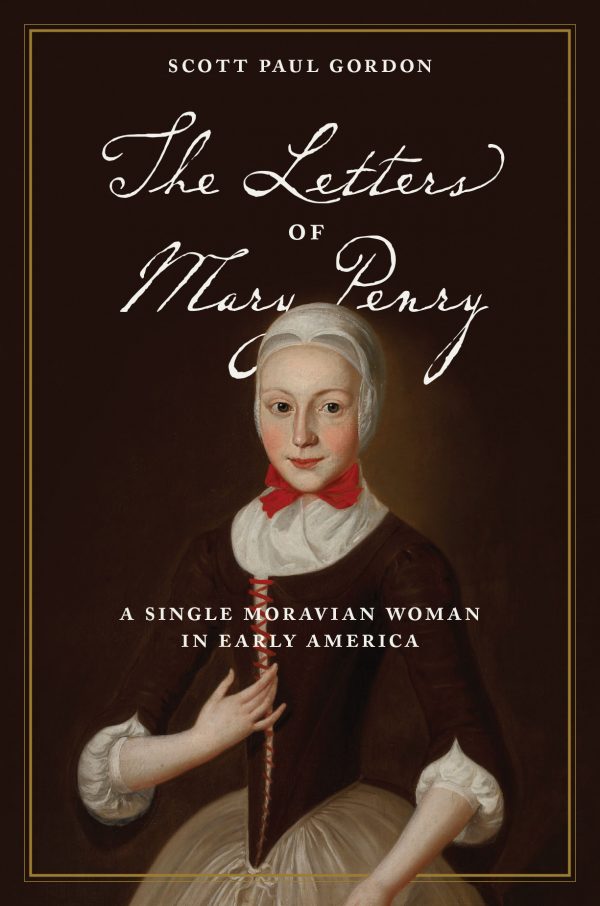 In The Letters of Mary Penry, Scott Paul Gordon provides unprecedented access to the intimate world of a Moravian single sister. This vast collection of letters—compiled, transcribed, and annotated by Gordon—introduces readers to an unmarried woman who worked, worshiped, and wrote about her experience living in Moravian religious communities at the time of the American Revolution and early republic.

Penry, a Welsh immigrant and a convert to the Moravian faith, was well connected in both the international Moravian community and the state of Pennsylvania. She counted among her acquaintances Elizabeth Sandwith Drinker and Hannah Callender Sansom, two early-American women whose writings have also been preserved, in addition to members of some of the most prominent families in Philadelphia, such as the Shippens, the Franklins, and the Rushes. This collection brings together more than seventy of Penry’s letters, few of which have been previously published. Gordon’s introduction provides a useful context for understanding the letters and the unique woman who wrote them.

This collection of Penry’s letters broadens perspectives on early America and the eighteenth-century Moravian Church by providing a sustained glimpse into the spiritual and social life of a single woman at a time when singleness was extraordinarily rare. It also makes an important contribution to the recovery of women’s voices in early America, amplifying views on politics, religion, and social networks from a time when few women’s perspectives on these subjects have been preserved.