Digital Collections Spotlight #10: The Renewal of the Moravian Church (August 13) 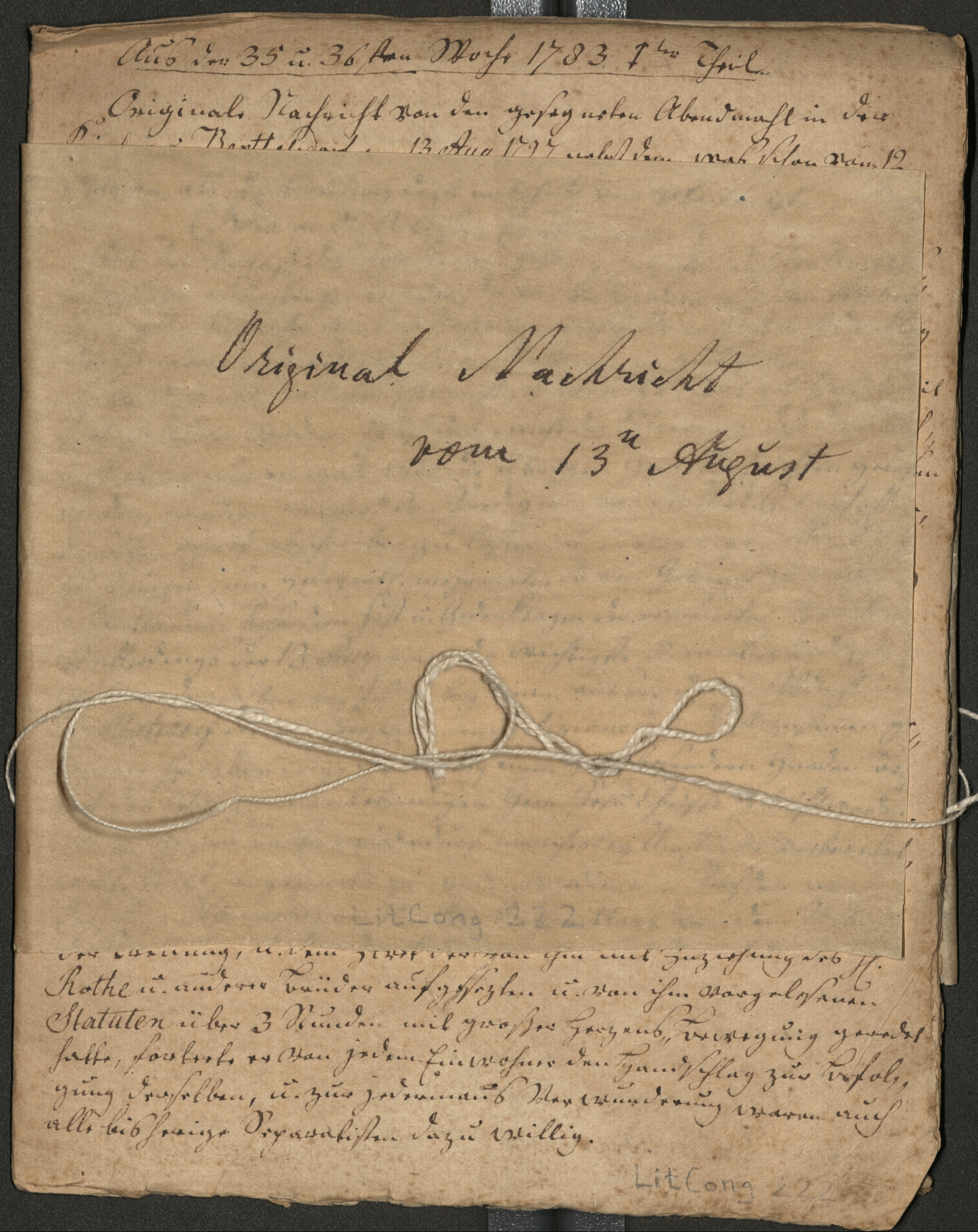 Today, August 13, marks the anniversary of a turning point in the development and growth of the Moravian Church, known as the renewal of the church, or sometimes more colloquially as the spiritual “birthday” of the Moravians. 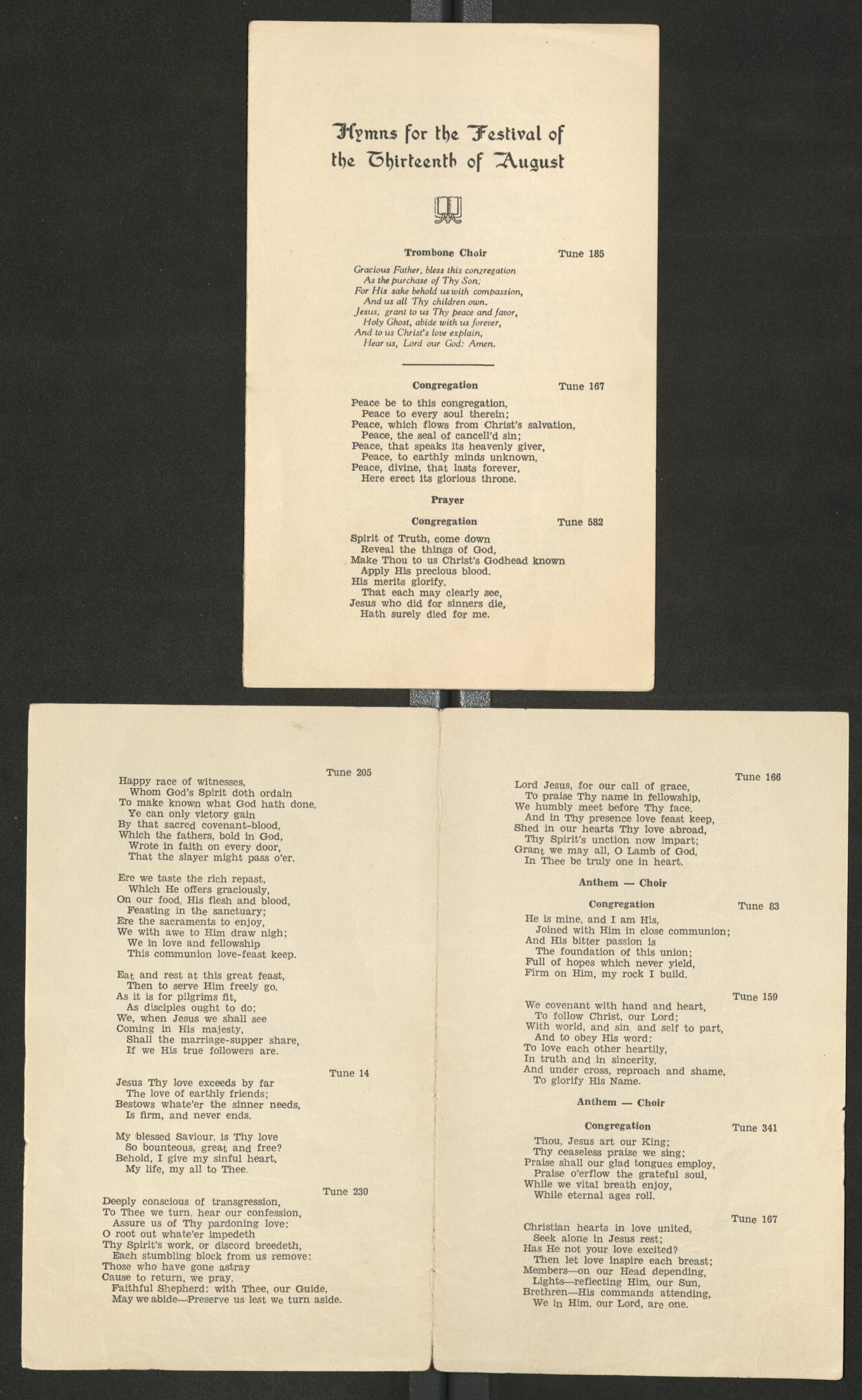 After offering asylum to religious refugees fleeing persecution in the Czech Crown Land of Moravia on his estate in Saxony, Count Nicolaus Ludwig von Zinzendorf founded the community of Herrnhut in 1722. Many of these new residents were members of the Unitas Fratrum (Unity of Brethren), a religious movement inspired by the work of the martyred Czech priest Jan Hus.¹ Unfortunately, over time the community became rife with conflict as the residents clashed over various questions of doctrine and church practice, due at least in part to apocalyptic ideas introduced by newcomers. When Zinzendorf learned of this dissension he returned to Herrnhut from Dresden, where he had been working in the government, and devoted himself to the restoration of unity in the community through prayer and study of scripture. In time this led to the creation of the Brüderlicher Verein und Willkür (“Brotherly Agreement”), a code of Christian behavior that all residents signed on May 12, 1727.

This time of renewal reached its height on August 13, 1727, with an event that hearkened back to the Biblical event of Pentecost. During a communion service on this day in the nearby town of Berthelsdorf the community felt overcome by the Holy Spirit and became determined to pursue God’s plan for them and the church, writing in the Herrnhut diary that “We also prayed childlike and modestly, that He should teach us the true nature of His church and how to live and walk in His law.”² After the service Count Zinzendorf saw that people continued to discuss their recent experience, and, inspired by the accounts of early Christians meeting together for a meal after Pentecost, he sent them food from his manor house.This act became the basis for the tradition of lovefeasts that continues to this day. Later, on August 28, community leaders Christian David and Melchior Nitschmann returned from a trip and asked what had happened on the 13th, stating that they had felt an urge to pray that morning and been “overcome with hundreds of tears and sweet thoughts of the congregation.”³ 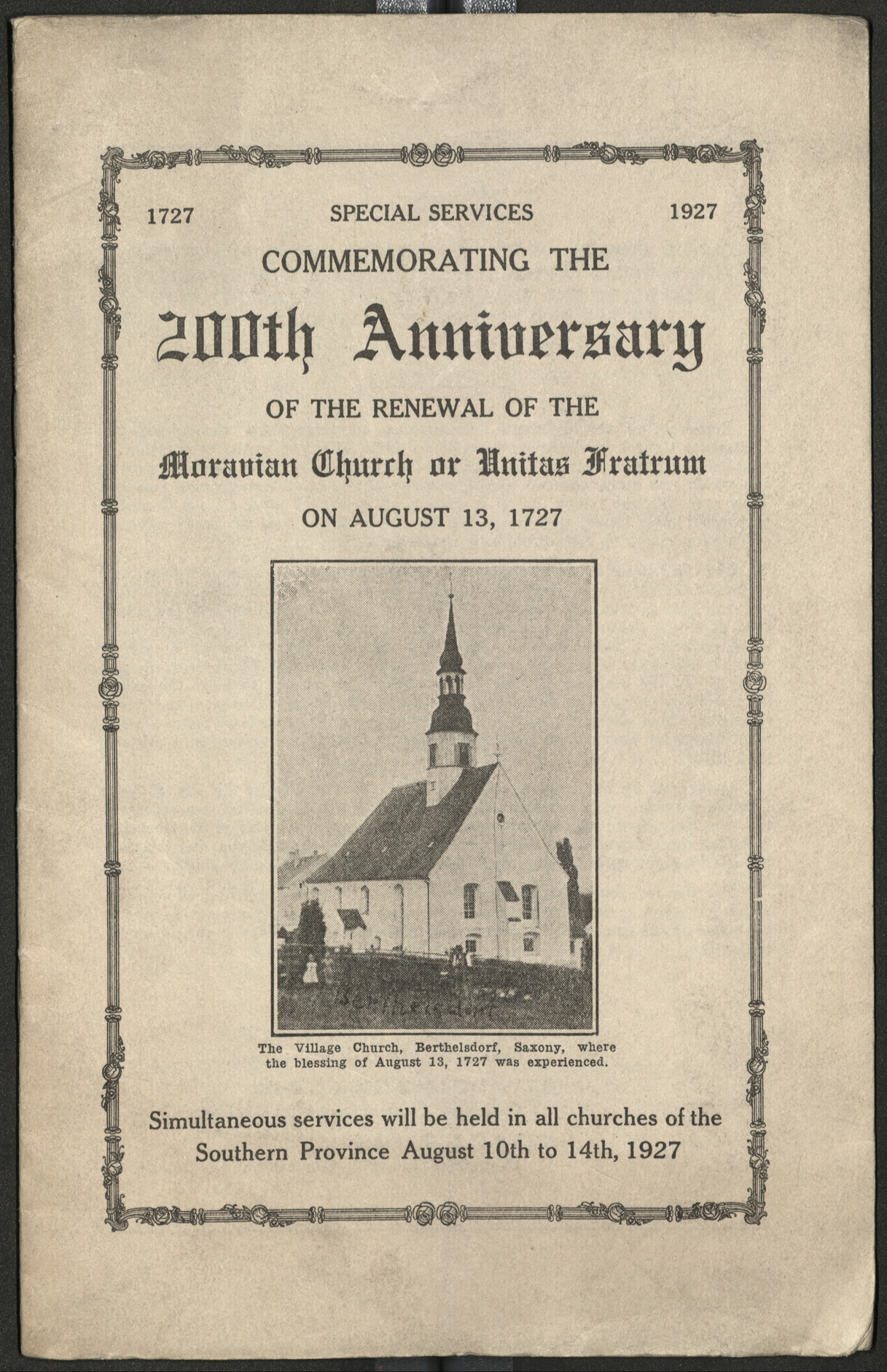 As time went on the Herrnhut community would continue to grow and would become the basis of the Moravian Church and to this day the events of August 13, 1727, are remembered as a central event in the history of the modern church.