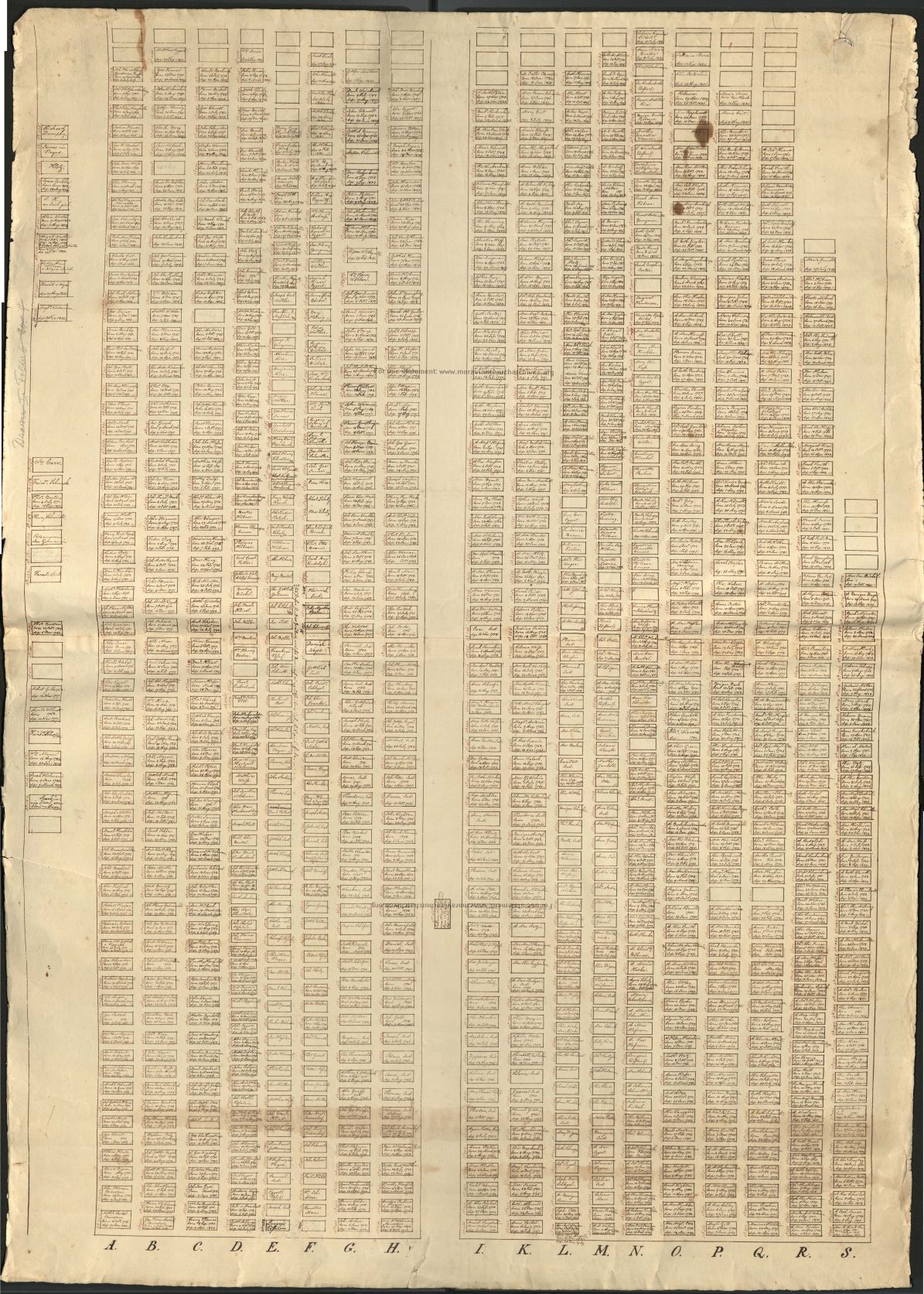 Plan of God’s Acre (cemetery) in Bethlehem, ending with plot No.1201

This plan from around 1833 shows the layout of the city of Bethlehem Pennsylvania’s first cemetery, established more than 250 years ago and ultimately the resting place of over 2,700 people.

The graveyard is also known as God’s Acre, a term often used by the Moravian Church for its cemeteries. In this context, acre is referring not to the unit of land measurement but rather to the German term Gottesacker, or “God’s Acre,” which evokes imagery of a “Field of God,” where the bodies of believers are planted to await the Resurrection. The God’s Acre in Bethlehem, actually encompassing three acres, was started in 1742 when Johannes Müller, a young man from New York who traveled to the settlement to join the Moravian Church, became ill and died soon after arriving. This prompted the visiting Count Nicolaus Zinzendorf to choose a wooded location for the young community’s cemetery, which he consecrated while performing the burial service for Müller. In accordance with the church’s belief that everyone was equal in the eyes of God, nearly all burials were marked only with simple flat markers, a strong contrast to the often elaborately decorated headstones and mausoleums found amongst other burial sites. In addition, residents were buried alongside other members of the choirs to whom they belonged, and people who died in Bethlehem but were not members of the Moravian Church were buried in a separate section as well. This can be seen on the aforementioned plan, with men being interred in rows A-H and women and children in rows I-S, with graves of nonmembers forming a separate row on the northern edge of the cemetery.

A number of notable people are buried in God’s Acre including David Nitschmann, a Moravian bishop and the purchaser of the 500 acres of land upon which Bethlehem was founded, and James McDonald Ross, the son of a Cherokee chief. Ross had fought in the Union Army during the Civil War, was captured by the Confederacy, and died in St. Louis while a prisoner of war after which his father arranged for his body to be transported to Bethlehem and buried.

The cemetery would continue to be used until it ran out of space in the early 20th century and even now God’s Acre remains a calm and peaceful part of the city’s downtown.